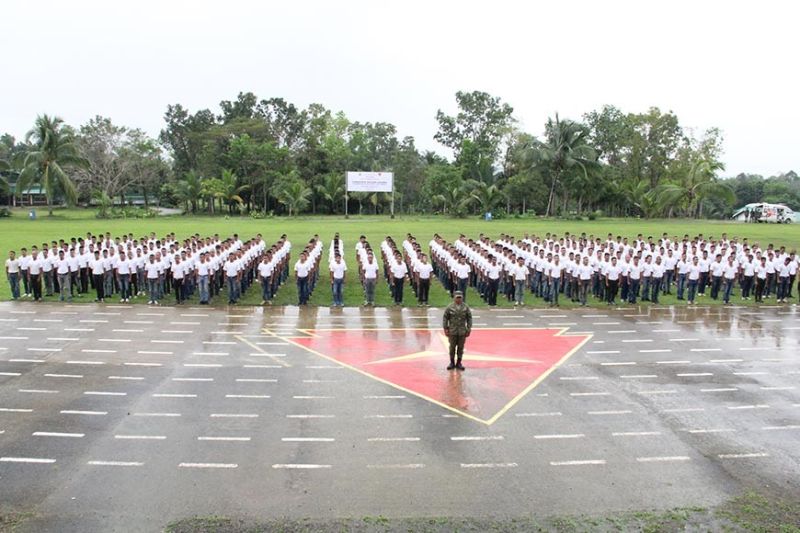 ILOILO. A total of 279 aspirants took their oath as candidate soldiers during the opening ceremony of the Candidate Soldier Course (CSC) Classes 624 and 625-2020 at 3rd Division Parade Ground, Jamindan, Capiz on February 10, 2020. (Courtesy of 3DPAO)

A TOTAL of 279 Army aspirants took their oath on Monday, February 10, as candidate soldiers at Camp Peralta, Jamindan, Capiz.

The aspiring soldiers belong to Classes 624 and 625-2020 who successfully passed the strict and meticulous selection processing set forth by the Philippine Army. They will undergo training under the Candidate Soldier Course (CSC) and Jungle Warfare and Mountain Operation Course (JWMOC).

The CSC and JWMPC, which will be handled by the training staff of the 3rd Division Training School (3DTS), can be finished within six months.

During the ceremony Monday, Vinoya expressed his gratitude to the 279 candidate soldiers for taking the challenge and risks of soldiery, as well as to their families and relatives for supporting them in their decision to join the Army.

"Accept my sincere gratitude for responding to the challenge and call of duty in the field of military service, which many are hesitant to accept, given the dangers associated with this noble profession," Vinoya said in Filipino.

They will also receive insurance and healthcare benefits, billeting and housing privileges, job security, leadership, and other skills training and opportunity for career advancement based on performance. (SunStar Philippines)