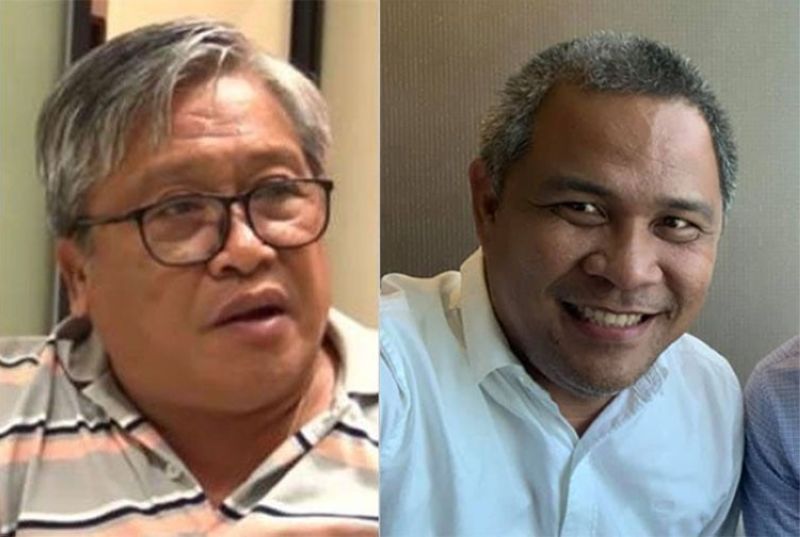 [1] LT. COL. JOVIE ESPENIDO BEING IN DUTERTE'S NARCO LIST. Yes, the Jovie Espenido who led the drug operation that led to the death of Ozamis City mayor Reynaldo Parojinog and 14 others. The Espenido of national recognition who was Albuera, Leyte police chief when the town mayor, Rolando Espinosa, was killed by police while serving a warrant for Espinosa's arrest.

Espenido was ordered relieved and shipped out of Bacolod last February 5. He could still be the poster boy in the drug campaign, a message to the police of the country, led off with the heading, "Don't follow my example."

[2] IMEE MARCOS WANTS TO CHANGE HER VOTE, 8 OTHERS WITHDRAW THEIRS on Senate Resolution 312 that asks Malacañang to review the Visiting Forces Agreement with the United States before terminating it.

Majority of the senators Monday night (February 10) voted "yes" to the resolution sponsored by Senator Kiko Pimentel, a Duterte party-mate in PDP-Laban. Imee, just like the eight others, would like their vote to be "abstention."

Alcover and city manager Casas are the combatants in the quarrel of Barug personalities that broadcaster-newspaper columnist Bobby Nalzaro referred to in SunStar column Wednesday. Bobby didn't name them but the two were identifiable from his description: Alcover -- "defeated councilor" who "lambasted" his fellow candidate for his defeat; has "a block-time radio program." Casas -- "law associate of the chief executive."

Confirming people's guesses was Alcover himself who publicly named Casas as the official who, he said, foiled the promise of Mayor Edgar Labella to give printed t-shirts to Angkas members.

Earlier, Nalzaro said in his column that a source told him that Alcover (who was not named) wanted City Hall to hire a batch of persons who allegedly included "siblings, relatives and supporters" and Casas (who was also unnamed) didn't act on Jun's request.

Thus the threat to "make it big" if Casas "would make it big." That sounded more ominous in Cebuano-Bisaya, in which Jun Alcover delivered his rant.

Jun Alcover, who is also a former party-list congressman, said he had talked with Mayor Labella on the phone who told him he'd fix things when he got back from Manila.

Jun repeatedly said the state of war (our phrase, not Alcover's) would depend on Casas. While he didn't disclose any unsavory matters yet, he sounded as if he knew a lot of things that could explode in the faces of Casas and other administration officials. And he was obviously using that knowledge to help buy the peace or get what he wanted.

To City Hall watchers, the fracas seems to confirm that not all is well in the Barug ranks, many of whom are helping the mayor run City Hall.

When asked by dyCM's Monteclar about a seemingly widening rift within Barug which indicates an abnormal situation, Alcover disagreed, saying in effect that factional disputes are "normal" in any political party.

Jun in sum didn't just confirm the quarrel within Partido Barug that people talk about, he also said it is a "normal" condition within a political party.

Thus, these spats were normal to Alcover: Mike Rama tangling with Edgar Labella; Alcover and Ramil Ayuman in a war of words with Councilor Nina Mabatid; and currently, the exchange of potshots between Casas, the city manager, and Alcover, former councilor who has his own political base.