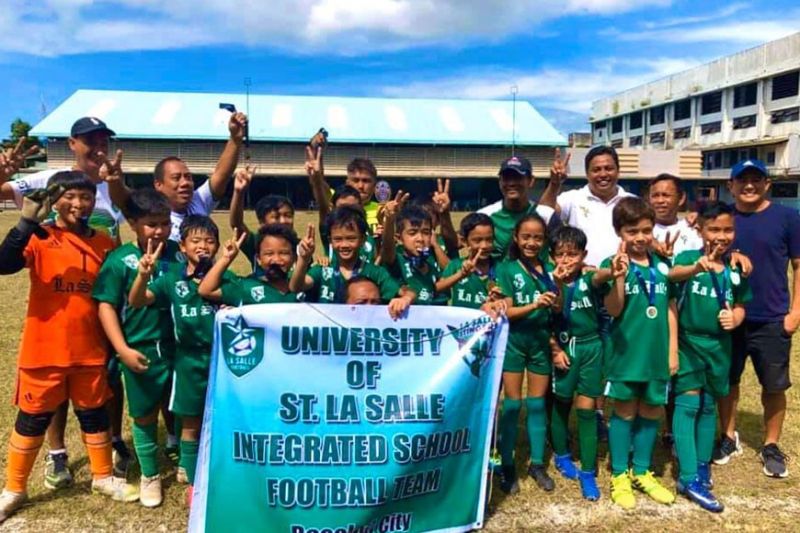 THE University of St. La Salle-Integrated School (USLS-IS) survived against the tough Trinity Christian School, 1-nil in the finals of the recently-concluded 2020 Nopsscea U10 division played at the STI-West Negros University pitch.

During the elimination phase, USLS-IS won their first game against San Agustin, 11-0 but lost their second game to their eventual finals opponent Trinity Christian School with a 1-0 scoreline. In their third game, they able to pull the needed win against St. John’s Institute with 5 goals - a hat-trick from Joaquin Ortega and a brace by Chlyde Miraflores.

In the semis, they faced the tough Don Bosco Technical Institute-Victorias where they survived Chlyde Miraflores’ lone goal. The Bosconians tried to level the match but the La Sallian defense led by team captain Miguel Jochico and goalkeeper Red Yasay prevailed.