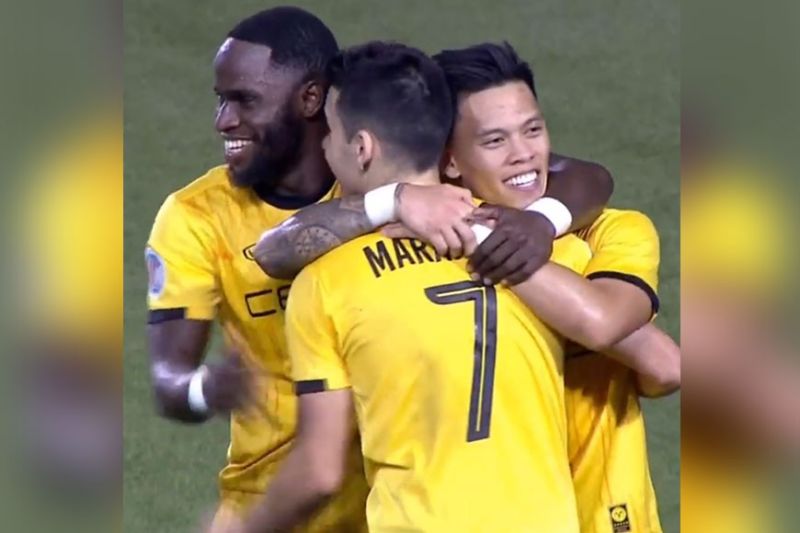 PHILIPPINE league champions Ceres Negros FC came out with a massive 4-0 win against the visiting Preah Khan Reach Svay Rieng FC of Cambodia on Tuesday evening, February 11, in the opening match of the 2020 AFC Cup Group G at the Rizal Memorial Stadium in Manila.

Named “Man of the Match”, Bienvenido Marañon scored a brace in the second half to lead Busmen’s first win this AFC Cup season. The reigning AFC Cup Top Scorer Awardee had his first goal in the 55th minute off a play inside the box with Manny Ott followed by a 70th-minute goal off a pass from OJ Porteria in the 70th minute.

“I felt happy with the score. I think we really did a good job,” Marañon said during the flash interview. “We show this in our training, during the Champions League, and today. I’m happy with the team and everyone involved in Ceres FC,” he added.

The Busmen opened their scoring with a goal from Takeshi Odawara in the 12th minute off a perfect pass from Porteria while Joshua Grommen had his share in the 14th minute from Stephan Shrock’s assist.

Sean Kane almost made it 5-nil but his header hit the crossbar.

Meanwhile, Svay Rieng had their opportunity to score a goal near the end of first half when Grommen committed a foul inside the box as Thiago dos Santos was awarded a penalty. However, Busmen veteran keeper Roland Muller denied dos Santos attempt.

For Busmen head coach Risto Vidakovic, the match was tough as the Cambodian side ran a lot. “They fought hard but, we created chances. We made some but, missed some.”

When asked if there are needed improvements in the team following their victory, the Serbian tactician said that it’s not easy to tell for now. “Let’s see, because you practically need to win all your games at home,” Vidakovic said.

For Svay Rieng head coach Conor Nestor, if they want to win their next game, they need to play the way they wanted it. “In order to do that is to look at how Ceres FC played,” he said.

The Ceres Negros FC which played before their 4,000 supporters last Tuesday will next face Than Quang Ninh of Vietnam on February 25, 2020, at 7:30 PM still at RMS.