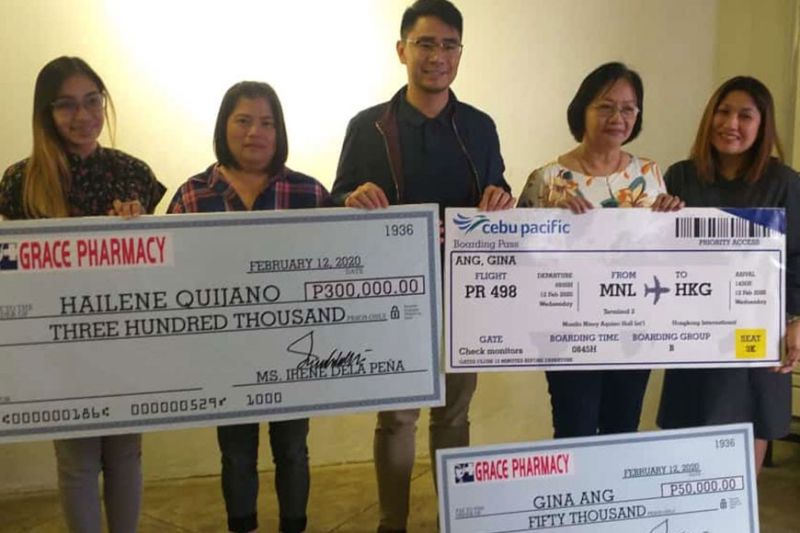 HOMEGROWN drugstore Grace Pharmacy is looking at strengthening its market presence in Western Visayas mainly by opening more branches in the region.

Carlo Reodica, key accounts manager of Unilab-West Visayas, said based on their alignments with Grace Pharmacy, the latter plans to expand in other provinces especially in Panay Island and also in the outskirts in Negros to improve their reach and cater to more customers.

The pharmaceutical company has been partnering with Grace Pharmacy for various programs like the drugstore’s anniversary promo.

Reodica said there are still untapped markets in the region especially those in the outer ones.

“In Bacolod City, the competition is quite high. We can see that other drugstores are also opening especially those that are national in scale,” he said, adding that “as a heritage brand known in Western Visayas, the company plans to cater to more areas wherein there’s no Grace Pharmacy yet.”

At present, Grace Pharmacy has the most number of drugstore branches in Negros, with 76 including those in Panay.

Though Unilab has partnerships with other drugstores, Reodica said they give more bearing in terms of supporting local drugstores.

These local drugstores he said are the regional players that are very strong in certain areas.

“For Unilab, we will continue to dominate the Western Visayas market through the help of Grace Pharmacy,” its official said, adding that one of the drugstore’s initiatives to boost its presence is by conducting the annual raffle promo.

Now on its second year, Grace Pharmacy raffled off 48 prizes including one year supply of Enervon for 36 lucky winners, P5,000 worth of groceries each for five winners, smartphones for three winners, and LED TV for two winners.

The two grand winners of trip to Hong Kong with P50,000 pocket money and P300,000 in cash received their prizes in rites held at Italia Restaurant in Bacolod City yesterday.

They were among the participants who earned raffle coupons by purchasing participating Unilab products in any of the branches of Grace Pharmacy.

The promo period was from July to December 2019. In every P300 worth of purchase, a customer is given P30 discount and one raffle entry.

Ang said she bought vitamins at a branch of Grace Pharmacy at the downtown area sometime last year. She then earned about 10 raffle coupons.

“I am very thankful, I never expected that I can win in raffle promo like this,” she added.

For 40-year old Hailene Quijano, of Barangay Zone 2 in Cadiz City, the P300,000 cash prize is a timely blessing as her husband is currently undergoing dialysis.

Quijano, a dried fish vendor, recalled that she only bought about P700 worth of medicines at Grace Pharmacy - Burgos Branch in Bacolod City in November last year, which entitled her for only two raffle entries.

“I am really thankful for this wonderful gift God has given me,” she said, adding that the prize is really a big relief to their family.