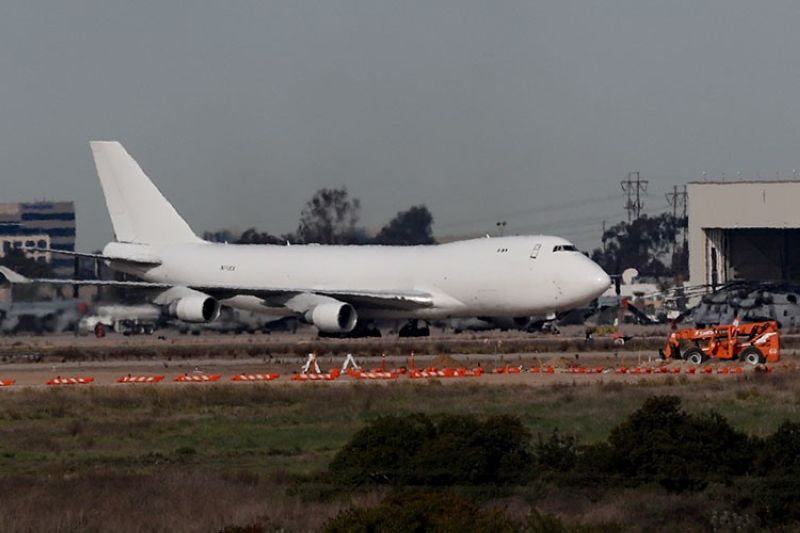 USA. In this February 5, 2020, file photo, a plane carrying evacuees from the virus zone in China lands at Marine Corps Air Station Miramar in San Diego. A second case of novel coronavirus has been confirmed in the US among evacuees from China. (AP)

SAN DIEGO -- A second case of novel coronavirus has been confirmed in the US among evacuees from China, the US Centers for Disease Control and Prevention announced Wednesday.

The person was aboard a flight from the city of Wuhan that arrived at Marine Corps Air Station Miramar in Southern California last week, the CDC said.

The patient was in isolation at a San Diego hospital, UC San Diego Health confirmed.

Also in isolation is a woman who was mistakenly released because of a mislabeled sample that hadn't been tested for coronavirus. She was returned to the hospital on Monday after testing positive for the virus.

She was expected to make a full recovery.

The two patients "arrived on different planes and were housed in separate facilities; there are no epidemiologic links between them," a CDC statement said.

A third person whose test results are pending also is hospitalized in isolation.

“We want to reassure our patients, their loved ones and the community at large that there is no exposure risk at any UC San Diego Health hospitals or clinics," the health system said in a statement.

Hundreds of people, including US State Department employees and their families, have arrived at military bases in California, Texas and Nebraska aboard chartered flights from Wuhan, a city of 11 million that is the epicenter for the virus. The only confirmed evacuee cases were at Miramar, where about 200 people are being held under quarantine until all are cleared.

The novel coronavirus has killed more than 1,000 people overseas but only 14 cases have been confirmed in the United States. (AP)