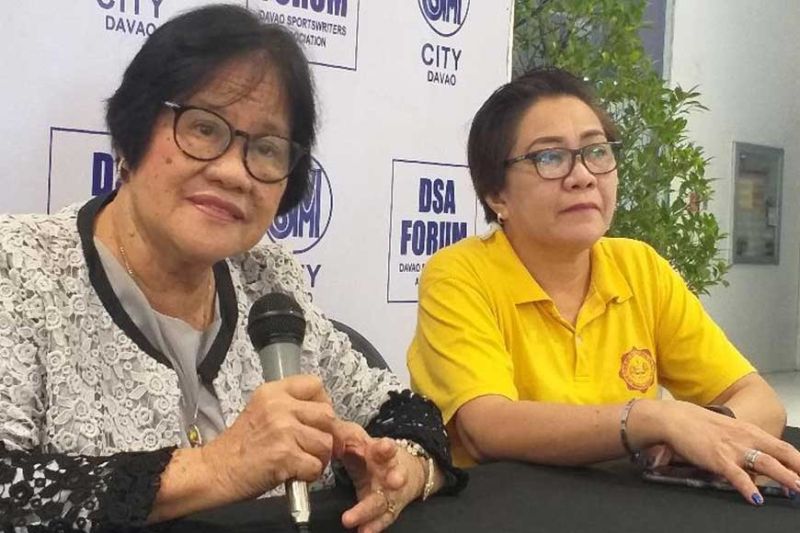 WHILE most sporting events in Davao City were either postponed or cancelled due to the coronavirus disease (Covid-19) scare, the Davao City Prisaa Meet 2020 will kick off as scheduled on Saturday, February 15, at the University of Mindanao (UM) Matina campus.

Re-elected Davao City Private Schools Athletic Association (Prisaa) president Ma. Lita Montalban, during the Davao Sportswriters Association (DSA) Forum yesterday, February 13, at The Annex of SM City Davao, said: “During our meeting, I was thinking if postponing it but school presidents, owners and sports directors said wala man daw problema so we all agreed to push through with the city meet since participants are college athletes, they didn’t come from abroad and are all based here.”

However, she said, they will implement standard protocol of not allowing sick student athletes to compete. “We will be very careful,” she said.

Nurse Anna Liza Lizada Rivamonte, for her part, said participants are required to submit a medical certificate as proof of their healthy condition, thus, making them capable of carrying out such a physical activity. Prisaa athletes, according to her, are checked by doctors of their respective colleges and universities.

Montalban, also president of Emar Human and Environmental College, said there is a need to continue with the city meet since the regional qualifying is slated March 14 to 16 also in Davao City.

She added that for both city and regional competitions, most sports will be held at UM Matina but swimming will be at DMMA College of Southern Philippines and basketball girls at Rizal Memorial Colleges (RMC) Petro Gazz Arena.

However, this year’s city meet will be devoid of any fanfare as no opening ceremonies will be conducted. “Just a ceremonial toss then games will begin. It will then be played every weekend since one weekend won’t be enough to cater to the teams in each sport,” she said.

DC Prisaa is currently an 18-member association of colleges and universities in Davao City.