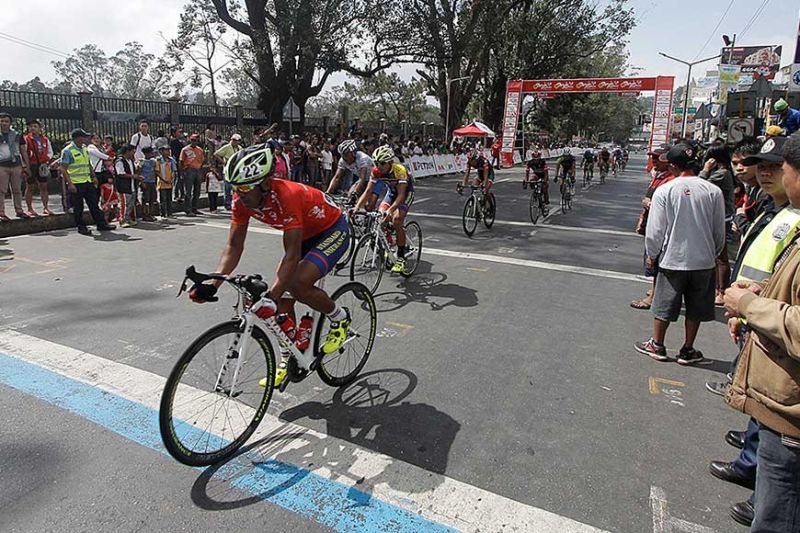 PEDAL UP. Ronda Pilipinas returns to the Summer Capital with a grueling 177 kilometer Nueva Ecija to Baguio stage on March 2. (SSB file photo)

The 10 stage road race will have its longest route in the Nueva Ecija to Baguio leg covering 177 kilometers with the lap winner seen as a shoo - in for the over-all title in the event with a top purse of P1 million.

Now on its 10th year of staging, Ronda Pilipinas kicks off from February 23 to March 4 which goes to back to an All – Filipino format hoping to entice more Filipino riders, specially the youth to pick up the sport.

Bikers will kick of their hunt February 23 in Sorsogon City then resume with a 163-km Sorsogon Legazpi Stage Two on February 24, 126.9-km Legazpi-Naga Stage Three on February 25, 212.5-km Daet-Lucena Stage Four on February 26, and 155.4-km Lucena-Antipolo Stage Five on February 27 before taking a breather the next day.

Ronda will then continue with a 128.9-km Lingayen-Lingayen Stage Six on February 29, 171.9-km Lingayen-Nueva Ecija Stage Seven on March 1, before the dreaded uphill climb to Baguio Stage Eight on March 2, 176.4-km Pugo, La Union-Vigan Stage Nine before closing it with a Stage 10 criterium in Vigan on March 4.

The Nueva Ecija to Baguio City stage will be an acid test on the mountain climbing skills of the riders in order to determine their positions in the overall individual and team standings.

Baguio last hosted Ronda Pilipinas in 2015 with Santy Barnachea, who was then with Navy – Standard Insurance, winning the over-all title after bagging the crown in the inaugural staging in 2011.

Barnachea will now pedal for a youth laden Scratch It squad this year.

Organizers said the race is an extension of their support for PhilCycling, the country’s cycling federation, in its Olympic quest, following its holding of a five-stage UCI-sanctioned race last year. (SunStar Baguio)