Cigarettes top cause of forest fires 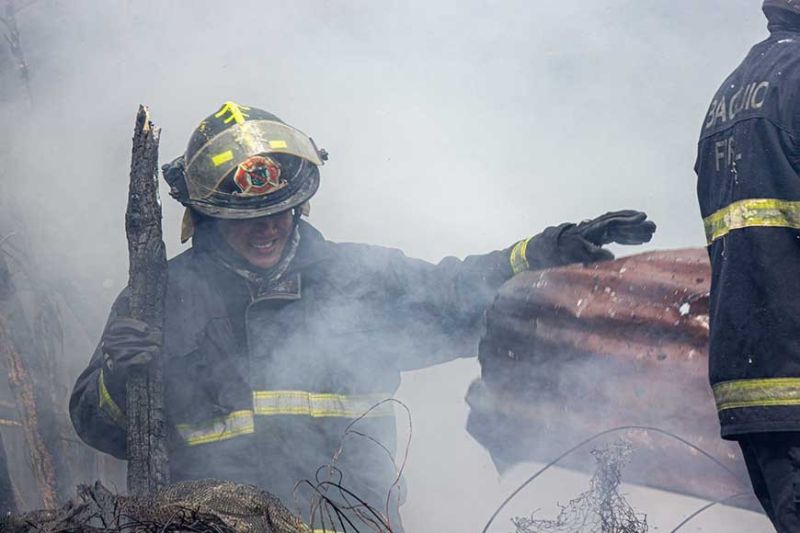 BAGUIO. Firemen conduct mopping operation after a house was razed at Baguio Country Club Village February 11 while investigation continues for the cause of fire. In Benguet, unattended cigarettes are the top causes of forests fires. (Photo by Jean Nicole Cortes)

LIT cigarettes are the main cause of forest fires, according to Bureau of Fire Protection (BFP)-Benguet.

During the Benguet inter-agency task group convergence meeting on forest fires at Benguet capitol on Thursday, Provincial Fire Marshal Saturnino Labbay said in 2019, there are 168 forest and grass fire in the province with an average of 21 fires monthly.

Based on investigation, aside from lighted cigarettes, other top causes of forest fire include children playing with matches and lighters, kaingin, and bonfires during picnics.

Chief Inspector Labbay and Edgardo Flor, officer-in-charge of Provincial Environment and Natural Resources Office (Penro)–Benguet, both sought the cooperation of every member of the task force to be united, and address fire incidents in the province.

“Benguet is susceptible to fire with the province covered with pine forests. On the part of Department of Environment and Natural Resoruces and local government units, we cannot do this alone, we are asking utmost help and support to minimize forest fires,” Flor added.

Flor also noted for the month of January 2020 alone, forest fires have been occurring in the different parts of the province such as Tuba, Tublay and Itogon.

A pledge of commitment was also signed by the Benguet Inter-agency task group purposely to improve forest fire management and suppressing activities.

“To initiate actions to spread awareness and other forest fire related programs to heighten level of responsiveness and camaraderie and cooperation among members,” the pledge added.

A memorandum of understanding was also signed together with the representatives from the 13 municipalities, barangay councils, DENR, provincial government, Bureau of Fire Protection to protect resources and environmental services.

On the same day, forest fire management and control were presented to the various barangay councils in the province.

Memorandum 8-2019 from the Office of the Civil Defense Cordillera region constitutes the Inter-Agency Task Group for the reduction of fire incidents and effects of El Nino phenomenon in the region.

To recall, several forest fires were recorded in the province the deadliest include the forest fire in Barangay Ampucao in Itogon that claimed the lives of five people including four foresters.