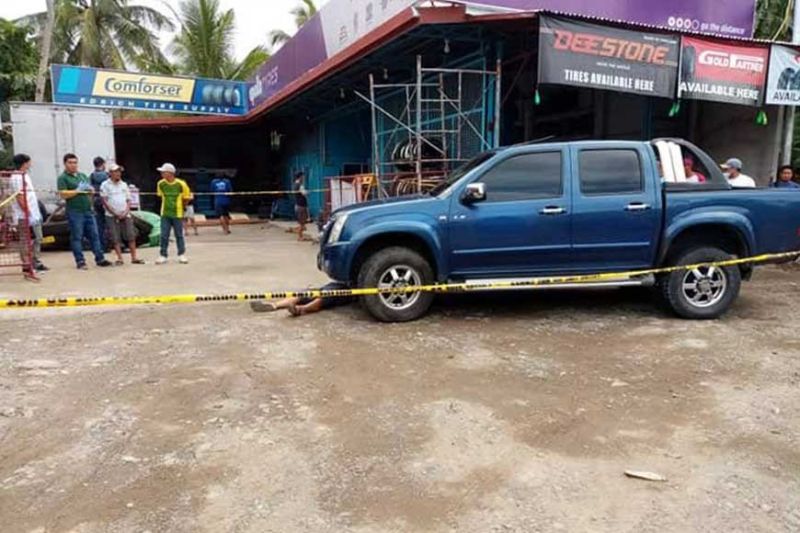 A VILLAGE captain was shot dead by unknown gunmen on board a sports utility vehicle (SUV) in Baybay City, Leyte Thursday, February 13.

Noel Oranio, 48, village captain of Onion in Mahaplag, was heading towards Barangay Palhi, Baybay on board his Isuzu Dmax when the incident happened at around 2:15 p.m. Thursday.

Upon reaching the said village, the victim alighted from his vehicle to check the tire when two gunmen wearing bull cap with face mask suddenly appeared and shot him, police said.

The victim was hit in the different parts of his body, causing in his instantaneous death.

Suspects immediately fled on board a vehicle after the shooting.

Recovered from the crime scene were four pieces of empty shells for caliber M16 rifle.