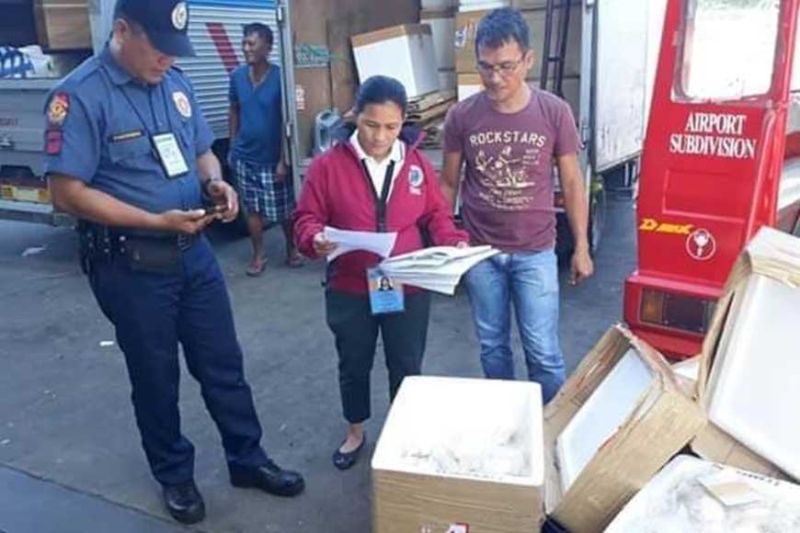 NEGROS. Some of the pork products from Luzon earlier confiscated by members of the Provincial ASF Task Force and quarantine personnel at Bacolod – Silay Airport in Silay City. (File photo)

A GROUP of commercial hog raisers in Negros Occidental is offering a reward for those who can report violators of the African Swine Fever (ASF) Prevention Ordinance in the province.

De la Rama said reward is also up for those who can report violators among ports, particularly passengers carrying pork-related products from Luzon and Mindanao.

“Though commercial covers only 10 percent of the total hog raisers population in the province, this initiative is to protect the entire swine industry,” he said, adding that “we hope to encourage the public to report illegal entry of pork products here.”

The Department of Agriculture (DA) earlier confirmed positive ASF case in Davao Occidental, the first ever outside Luzon that resulted in the killing of at least 1,000 pigs.

Following this development, the provincial government of Negros Occidental stepped up the measures to protect its P6 billion swine industry.

Governor Eugenio Jose Lacson, who chairs the Provincial ASF Task Force, directed all mayors in the province to implement banning of live pigs and pork from Mindanao.

Though the positive case was reported in Davao Region, de la Rama said products covered by the reward system are those coming from the entire Mindanao and Luzon.

He pointed out that once the deadly swine disease penetrates the province, the backyard hog raisers are more vulnerable to its adverse effects.

“Biosecurity measures among commercial farms are in place. In backyard, their biosecurity is somehow not controlled,” de la Rama said, adding that people feeding the hogs are also at high risk.

In terms of amount of the reward, the group said it would depend to the Provincial Veterinary Office (PVO).

De la Rama said they will just “donate” the monetary reward but it’s the PVO who will set the amount “considering maybe the gravity of offense reported by tipsters.”

For his part, Provincial Veterinarian Renante Decena said the measure is good as it will reinforce those of the Provincial ASF Task Force.

Decena, co-chair of the task force, said it will result in psychological change among violators especially with the “palusot” and “pasalubong” attitude of the Filipinos.