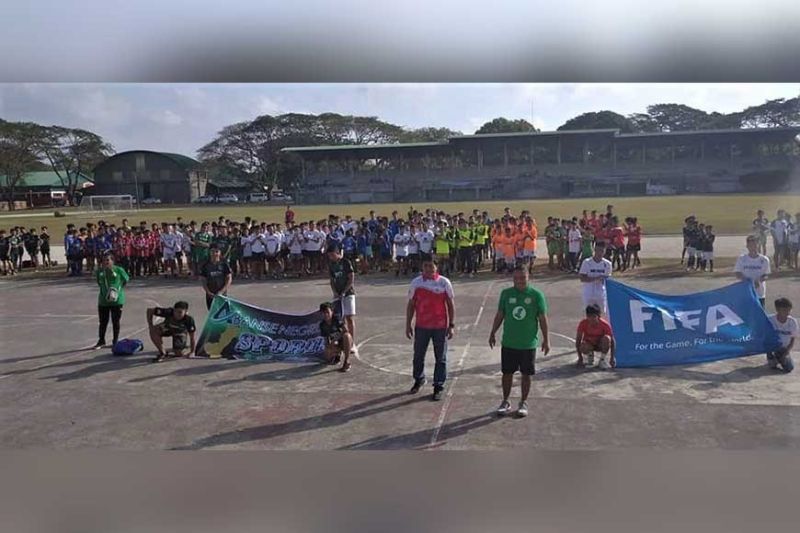 THE University of Negros Occidental-Recoletos (UNO-R) and Victorias City opened the Governor’s Cup Football Tournament with a massive win. The tournament kicked off early this month at the Manuel Y. Torres Memorial Sports Complex in Bago City featuring 17 teams from across the province.

Among the teams that are seeing action are Kabankalan City, Himamaylan City, Pontevedra, San Enrique, Bago City A and B, University of St. La Salle A and B, UNO-R A and B, Trinity Christian School, Maranatha Christian College, Bacolod City, Talisay City, Victorias City, Cadiz City, and San Carlos City.

During the opening, UNO-R B outscored Maranatha, 4-2 as UNO-R A blanked USLS B, 13-nil while Victorias City demolished Cadiz City, 5-nil as Bacolod City and Talisay City finished 2-all draw.

Moreover, the event will further encourage the youth to get involved in sports for them to stay away from drugs and other vices. Likewise, to provide young children with activities and experiences that allow them to achieve their holistic development.

The tournament, which is part of Gov. Eugenio Lacson’s Abanse Negrense sports development program, will run until March 29, 2020.