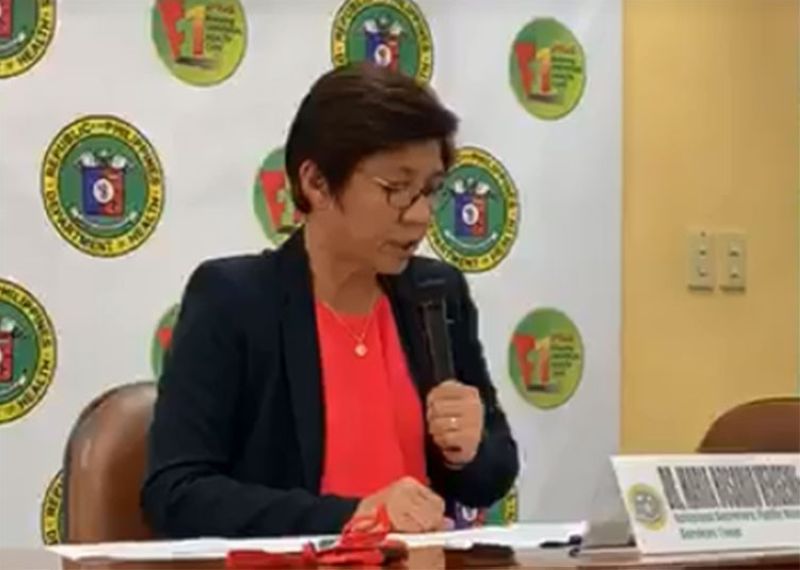 MORE and more patients under investigation (PUIs) have tested negative for the coronavirus disease (Covid-19), the Department of Health (DOH) announced Friday, February 14.

DOH Assistant Secretary Dr. Maria Rosario Vergeire said that as of 12 p.m. Friday, 386 PUIs have tested negative for the Covid-19 and the DOH is awaiting test results for 66 PUIs.

She added that 191 PUIs remain admitted and isolated in hospitals in the country, while 260 were already discharged, including two confirmed cases of the new virus.

"We are glad that most of our patients under investigation tested negative for the 2019-nCoV (novel coronavirus," Vergeire said in a press briefing Friday.

She announced though that one new PUI died due to cardiovascular attack, not Covid-19.

She said the new mortality, a 71-year-old Filipino from Ilocos who had history of travel to Taiwan, manifested cough when he was admitted in a hospital in La Union.

"His condition deteriorated though and he also had chronic pulmonary disease, but he tested negative for the 2019-nCoV," said Vergeire.

She said despite the fact that more PUIs have tested negative for the novel coronavirus, the DOH continues its preparations for the possibility of local transmission.

The DOH said earlier that local transmission of the virus has been reported in other countries such as Singapore, Japan, Thailand, Hong Kong, Germany, France, Vietnam, South Korea and Australia.

As to the repatriates from Wuhan, China who have been quarantined in New Clark City in Tarlac, Vergeire said a 25-year-old repatriate was admitted to a hospital due to fever and ear pain, but the patient tested negative for the Covid-19.

The patient was brought back to the New Clark City to complete the 14-day quarantine, she added.

Another repatriate, a 25-year-old female, was also referred to Bataan General Hospital after she showed anxiety-related symptoms. The DOH said though that she has not showed respiratory symptoms, but it could not say yet whether the anxiety is related to her being in a quarantine facility.

The DOH also announced Friday that 277 contacts of the first and second confirmed cases of Covid-19 in the country have been interviewed, as of February 14.

Vergeire said 218 had completed home quarantine, while 15 remain on home quarantine. She said only 44 are symptomatic and have been admitted in hospitals.

As to the country's third confirmed case of Covid-19, the DOH said

255 out of 740 contacts have been traced and 172 of which have been interviewed.

Of the 712, 93 have completed home quarantine, while 62 remain on quarantine. Vergeire said seven contacts are symptomatic and have been admitted and isolated for monitoring.

She said they have asked the Commission on Elections (Comelec) and Philippine National Police (PNP) to help in the contact tracing, noting that some issues, such as erroneous and incomplete details, have been encountered.