Bzzzzz: They suspected Espenido but chose not to tarnish 'poster boy' image 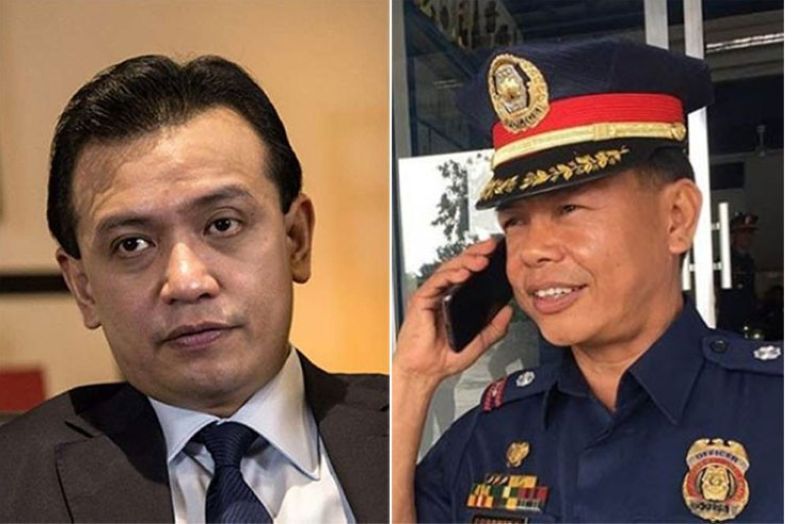 Don't expect Trillanes to go behind bars. The judge allowed bail at P10,000 each. The two priests already posted bail, grinning as they displayed their release order in the publicized photos.

[2] DILG CHIEF CONFIRMS; ESPENIDO IS IN NARCO LIST. Interior and Local Government Secretary Eduardo Año Friday (February 14) confirmed that Jovie Espenido, called President Rodrigo Duterte's "poster boy" in the campaign against illegal drugs, is in the narcolist of the President, was relieved of his post as police chief in Bacolod City, and will be "validated and investigated" along with 357 other PNP members who are suspected of drug coddling or trafficking.

The President and a few top officials must have long known about Espenido's alleged unholy ties in the drug business.

As early as 2016, Espenido was named by drug personality Kerwin Espinosa as the "conduit" to Ronnie Dayan, jailed Senator Leila de Lima's alleged lover. Kerwin testified at the Senate hearing that Espenido accepted bribes. That dark stain on his character though was obscured by his subsequent role in the killing of the Albuera, Leyte mayor and the Ozamis City mayor (and 14 others including the mayor's wife and brother), which made him a hero of sorts in the drug campaign.

Few noticed that something was wrong when he constantly changed assignments: from Leyte to Ozamis to Catanduanes and Samar, back to Ozamis, then to Bacolod City.

People thought his expertise in killing drug suspects was the reason for his moving around. Maybe not.

Before he was sent to his last assignment, in Bacolod, he was famously known to have been given a this marching order: "Go there, you are free to kill everybody." A presidential license to kill or just an exaggeration or a joke.

Duterte was at one time reportedly asked by an official about Espedido being in the narcolist. He said police officers are constantly being "validated," which subordinates took as knowledge and acceptance of the allegations and suspicions against Espenido.

It could be that he didn't want the "poster boy" to fall into disgrace and hurt the drug campaign. Would that mean he'd be cleared and quietly retired or removed from center stage?

Cebu City Councilor Nina Mabatid profusely gushes over February 14, Valentine's Day, using it as occasion to thank again the north district voters who made her one of only two Barug survivors in the 2019 elections and #2 (with 113,908 votes) among the eight candidates who got council seats.

She reminded north district voters, whom she wished a "Happy Valentine's Day" Friday, that her candidate's number was "14."

Luck or something else. Her critics think she used strategies that assured her victory to the exclusion of her colleagues in Partido Barug.

Did they ask for wi-fi?

Quarantined persons who were monitored for possible coronavirus complained about accommodations.

Did anybody ask for efficient wi-fi? Maybe they all wanted to but decided to keep it to themselves. Next to a demand for "mansion" facility, that would be frivolous.