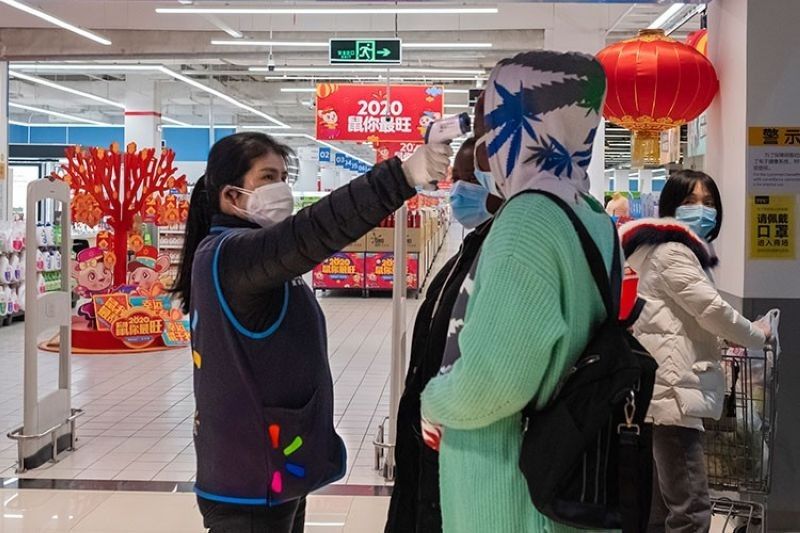 A 71-YEAR-OLD Filipino, who was listed among the patients under investigation (PUI) for the coronavirus disease 2019 (Covid-19) but was later found negative for the contagious disease, has died of heart attack.

He was the first Filipino PUI to have expired, Department of Health (DOH) Assistant Secretary Rosario Vergeira said in a press briefing.

She said the patient went to the hospital last February 11 with cough. His condition deteriorated while he was undergoing treatment. He died on February 12, 2020.

"He has co-morbidity. He was just classified as PUI because he had cough and had history of travel to Taiwan," Vergeire said.

The first PUI death, a 29-year old Chinese male, was a case of pneumonia in an immunocompromised patient.

The second, a 57-year-old Chinese male, was a case of pneumonia in a patient with underlying restrictive lung disease.

The number includes three Covid-19 cases, one of whom had died. The 44-year-old Chinese male was visiting the country as a tourist when he fell ill.

His partner, a 38-year-old Chinese woman, was the first confirmed Covid-19 case in the country. She has since been discharged.

The third case, a 60-year-old Chinese woman, was found positive after she initially tested negative and was discharged from the hospital.

Meanwhile, 386 PUIs have already tested negative for Covid-19. The number of PUIs with pending test results is now down to 66 patients.

There are, however, 191 PUIs who are still admitted at different health facilities while 260 patients have already been discharged, including the two confirmed cases.

Meanwhile, the DOH continues to be on the lookout for the close contacts of the three confirmed Covid-19 cases in the country.

Citing data from the DOH - Epidemiology Bureau, all 455 close contacts of the Chinese couple have been located.

Meanwhile, only 255 out of the 740 close contacts of the 60-year-old Chinese female have been traced so far.

Meanwhile, two of the 30 Filipinos repatriated from Wuhan, China who are now on quarantine at the Athletes' Village in New Clark City in Capas, Tarlac were brought to the hospital for different ailments.

Vergeira said a 25-year-old woman was admitted at the Jose B. Lingad Memorial Regional Hospital due to fever and ear pain. She was diagnosed with outer ear infection and has since been without fever.

The patient had tested negative for the coronavirus and has already been brought back to the New Clark City to complete the 14-day quarantine.

Another 25-year-old woman is set to be referred by Jose B. Lingad Memorial Regional Hospital to the Bataan General Hospital and Medical Center for further evaluation and management.

"We will bring her to another hospital, where we have psychiatrists, who can assist the patient, after she showed symptoms of lacking in sleep and anxiety," said Vergeire.

The DOH said the rest of the repatriates under quarantine at the Athletes' Village have not exhibited any respiratory symptoms. (HDT/SunStar Philippines)