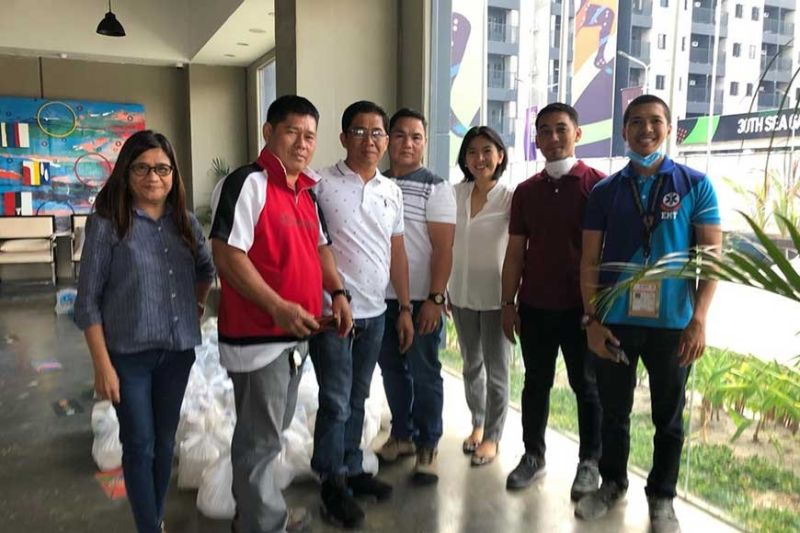 Caterer Rustica Restaurant delivered food for 100 persons at the gate of New Clark City intended for the repatriates from Wuhan, China and the medical and security team who are staying in the quarantine area.

Catacutan said this is in celebration of Hearts Day of the OFWs who are on quarantine for 14 days at New Clark City, as well as the team of policemen and medical team in the lockdown area.

"Being away from their respective loved ones for two weeks is no joke," said Catacutan of Balen Capas, host municipality of the OFWs.

"It is Capaseños' small way of empathizing with them as they celebrate their first Valentine's Day in Capas," he said.

Catacutan just returned from an official trade mission from Frankfurt, Germany Friday and instead of resting, headed straight to the medical tents positioned in Sitio Kamatis, Aranguren, Capas, which is the area most proximate to the New Clark City.

He also directed concerned local government officials to provide at least three guitars for use of the repatriates.