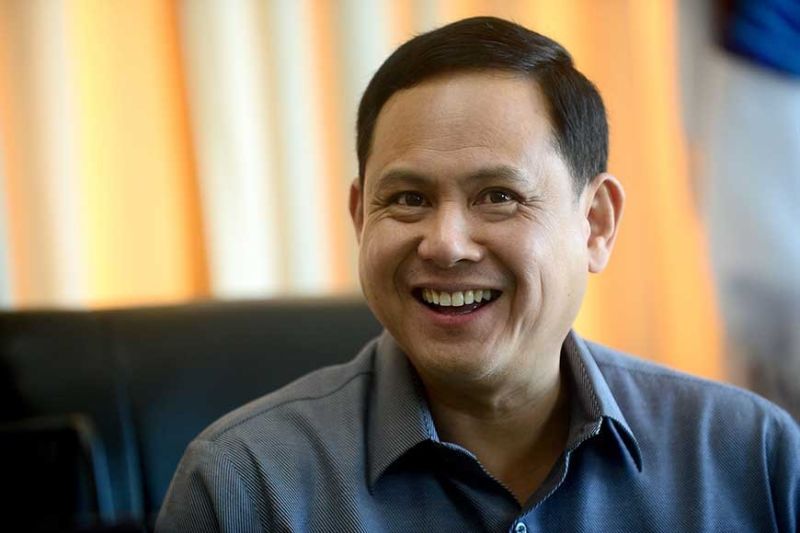 ILOILO. Iloilo Governor Arthur Defensor Jr. says he is wearing a gray polo shirt not because "gray signifies a person's being single and ready to mingle" but because he is going to his aunt's wake. Defensor is happily married with one child. (Leo Solinap) 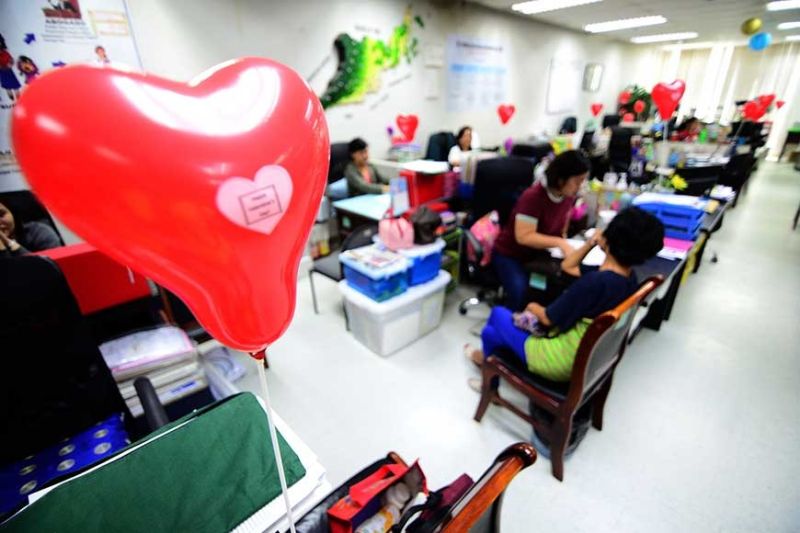 ILOILO. The Valentine's Day-inspired office of the Provincial Social Welfare and Development Office at the Iloilo Provincial Capitol on February 14, 2020. (Leo Solinap) 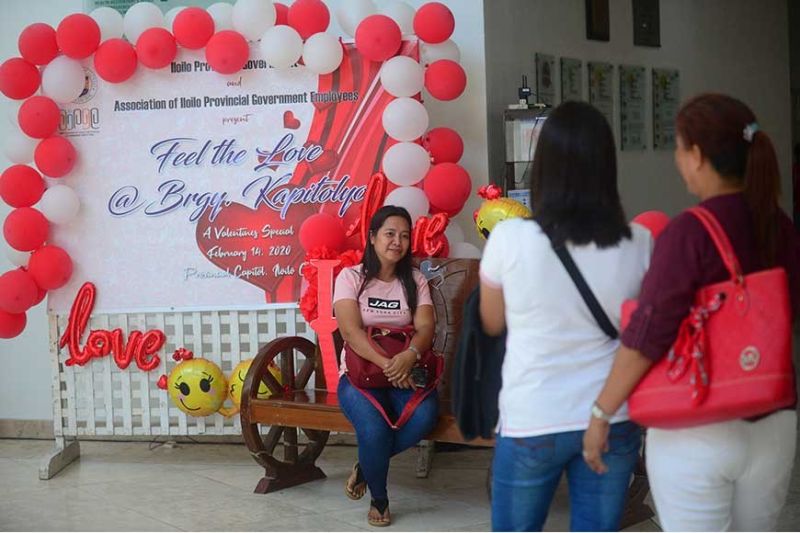 ILOILO. A love wall where can people can take a photo was set up at the Iloilo Capitol lobby on February 14, 2020. (Leo Solinap) 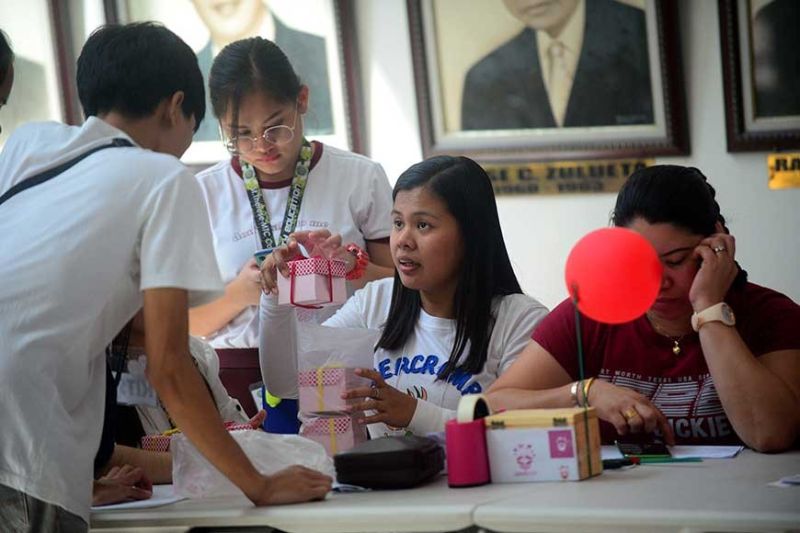 ILOILO. A love booth was installed at the Iloilo Capitol lobby with courier service personnel who send gifts to officemates, office heads, and friends on February 14, 2020. (Leo Solinap)

The employees were earlier encouraged through Memorandum Order 6 to wear clothes with colors that represent their relationship status on Valentine's Day.

The memorandum stated that February 14 is a non-uniform day, but the wearing of identification card should still be observed.

Under the memo, the employees were told about the following colors and their meanings:

* Red - In a relationship, in love or happily married

* Gray - Single and ready to mingle

Iloilo Governor Arthur Defensor Jr. wore a gray polo not because he is "single and ready to mingle," but because he is planning on visiting the wake of his aunt in Dumangas town.

Defensor is happily married with one child.

Most of the employees at the Capitol wore red, while some preferred white.

Aside from the color-coding scheme, a love booth was also installed at the Capitol lobby with courier service personnel who send gifts to officemates, office heads and friends.

As of 3 p.m. Friday, February 14, more than 100 gifts -- from cupcakes, flowers and small items -- have been sent for Capitol employees.

The delivery fee was free, but they accepted cash donation. (SunStar Philippines)