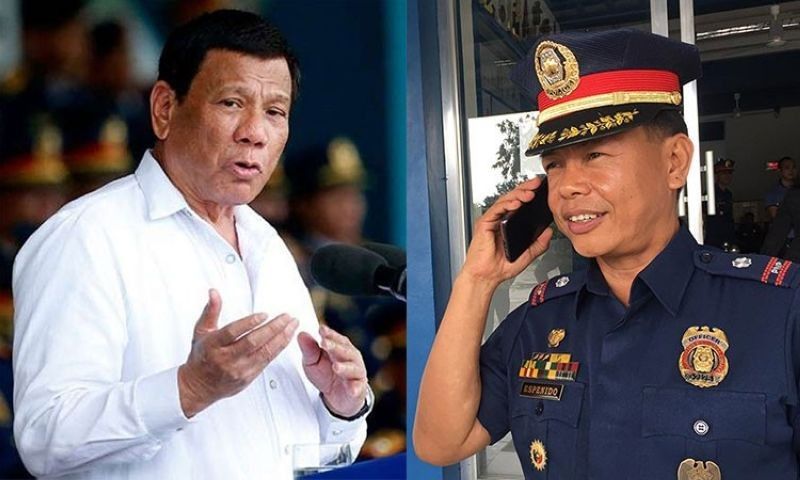 MALACAÑANG on Friday, February 14, said there seems to be a black propaganda against Police Lieutenant Colonel Jovie Espenido to make him look bad and derail his bloody campaign against illegal drugs.

In a statement, Presidential Spokesperson Salvador Panelo said President Rodrigo Duterte believes that Espenido is clean and reports about his alleged involvement in illegal drugs are not true.

Panelo said the police officer continues to enjoy the trust and confidence of the President.

"There appears to be a black propaganda waged against Lt. Col. Espenido to besmirch the reputation of the latter in the eyes of PRRD and the Filipino nation, and to derail his unrelenting campaign against illegal drugs," Panelo said.

Department of the Interior and Local Government (DILG) Secretary Eduardo Año on Friday morning corroborated the information released by two high-ranking police officials that Espenido is on the illegal drugs watchlist of President Duterte.

Espenido has been relieved from his post in Bacolod City and reassigned to the office of the Philippine National Police (PNP) chief.

PNP Chief Archie Gamboa has refused to confirm nor deny the report, saying he has promised the 357 policemen on the watchlist that he will not divulge their names.

Gamboa clarified that allegations against these policemen are still undergoing adjudication.

Año confirmed that Espenido, who has been commended by the President for his role in the bloody war on drugs, is part of the second batch of policemen whose names were included in the list.

He stressed that Espenido and the other policemen on the list have not been found guilty. (MVI/SunStar Philippines)