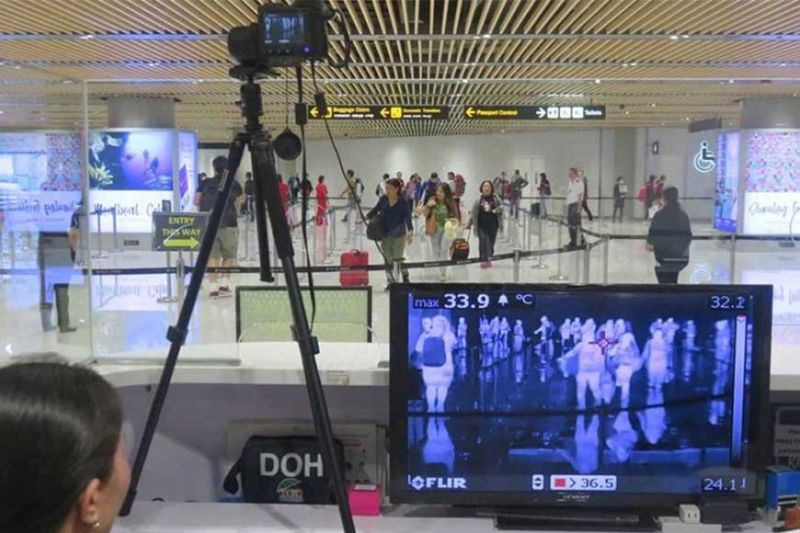 THE ban on travel to and from Taiwan has been lifted, Malacañang confirmed Friday, February 14.

Presidential Spokesperson Salvador Panelo, in a statement, said members of the Inter-Agency Task Force for the Management of Emerging Infectious Disease (IATF) have agreed to lift the ban because measures to prevent the coronavirus disease 2019 (Covid-19) are being strictly implemented by Taiwan.

"The Palace confirms that the Inter-Agency Task Force for the Management of Emerging Infectious Disease (IATF) has resolved to lift the travel restrictions imposed upon Taiwan, effective immediately," Panelo stated.

"Accordingly, travel may now be made by any national to Taiwan from the Philippines and vice versa," he added.

Taiwan was included in the travel ban that was initially imposed on China and its special administrative regions because it is also being used as a transit port by passengers from mainland China.

The travel ban is still in place for China, Hong Kong and Macau. But Panelo said the task force is evaluating the travel restrictions imposed on Macau.

In a resolution passed on February 14, the task force said it has received communications and information pertaining to strict protocols established by Taiwan that allow the Philippines to "credibly determine whether any traveler has come from mainland China and its special administrative regions".

"Upon independently verifying the subject protocols, the IATF is convinced that the protocols provide reliable assurance that sufficient measures are in place to effectively prevent potential carriers of the disease from entering or departing Taiwan," the resolution states.

The task force will also request the Chinese government to inform the Philippines about the protocols being observed by the Macau government to prevent potential carriers of coronavirus from entering and departing its territory.

These protocols should also enable others to determine the recent travel history of any traveler exiting Macau's borders.

The task force has formed a technical working group that will study the protocols and submit recommendations on whether to relax travel restrictions or not.

As of Friday, February 14, 2020, the total number of PUIs in the Philippines has increased to 455. The number includes three Covid-19 cases, one of whom had died.

Of the total, 386 PUIs have already tested negative for the disease. The number of PUIs with pending test results is now down to 66 patients.

There are, however, 191 PUIs who are still confined in different health facilities. Some 260 patients have already been discharged, including the two confirmed cases.

Globally, the World Health Organization (WHO) reported a total of 46,997 confirmed cases as of February 13, 2020. The number included 447 confirmed cases in 24 countries. The rest were in China, where the new coronavirus was first reported.

Of the total, 1,369 had died, including one Chinese man who fell ill while visiting the Philippines. (MVI/SunStar Philippines)