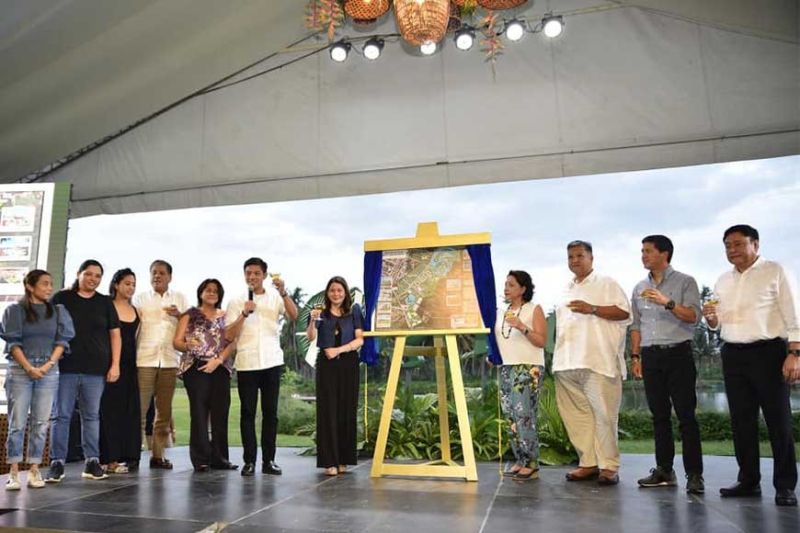 Agriya is an 88-hectare development eyed to be an agri-focused community that which will span to three barangays in Panabo City, which are New Pandan, Sto. Nino, and Cagangohan.

It will comprise residential, commercial, and agri-tourism, and institutional components as the University of the Philippines-Professional School for Agriculture and Environment (UP-PSAE) will be built in the complex.

In his speech during the launch, Thursday, February 13, DLI first vice president Ricardo Lagdameo Jr. said the concept was inspired by their expertise and background in the banana industry and it aims to promote agri-tourism in the country.

"Agriya is a masterplan community whose central theme is agriculture and I think that is something that would set us apart from a lot of the other masterplan that you can find all over the country," he said.

About 40 hectares of the property is ongoing development for the first phase of the project.

The nine-hectare agri-tourism is an agricultural-themed park Naturetainment, which will give tourists, especially children a real and first-hand take on agriculture.

It will feature an educational tour of the different kinds of bananas and an urban garden.

"It is more educational in terms of approach. What we are trying to do with demo farms is to give people, particularly children, the feel of how a banana plantation works and the basic information about the bananas that we would like to share with kids, schools, and tourists," Agriya project head Macy P. Bibat said.

Currently, the areas dedicated for residential subdivisions will be nine hectares while the commercial complex will take up 24 hectares.

Lagdameo bared the 177 detached houses of the project's residential component Ameria is around 40 percent sold out since they have started selling it middle of last year.

Consistent with the theme, he said there will also be urban garden set-up for each house that the occupants can develop themselves.

He said they aimed to commence the construction of the houses by the end of 2020.

For the UP-PSAE, he said they have donated about 31,900 sqm of the land and hoped to start the construction of the first building by the 2nd quarter of this year.

However, he said he is also open to house other elementary and high schools.

"What we also wanted to have here is a K-12 school. We really wanna cater to the whole range [of levels], from Kindergarten and, with UP there, all the way up to PhD (Doctor of Philosophy)," he told the media at the sidelines of the launching.

"No one is really focusing on agriculture and with our agricultural expertise and background, it would only be fitting that the group such as ours will undertake this project," he said.