Banario optimistic in return as featherweight 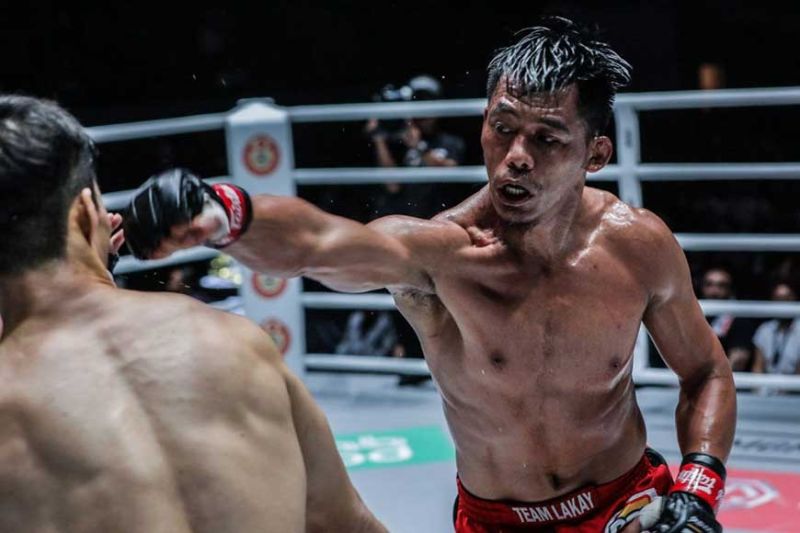 BAGUIO. After making an impressive run as a lightweight, Honorio Banario shifts back as a featherweight when he returns to ONE Championship on February 28. (ONE Championship photo)

HONORIO Banario sees better opportunity as he returns to his original weight in ONE Championship.

Banario will return to featherweight to face Shannon Wiratchai for what he predicts will be a spectacular battle at ONE: King of the Jungle on February 28.

Both fighters have been mainstays of ONE since its first year in business, but remarkably, neither Banario nor any of his Team Lakay stablemates have ever faced the veteran from Bangkok.

Though he recognized Wiratchai is sure to be a tough nut to crack, Banario is hopeful he has worked out a way to recapture the form that took him to the ONE featherweight world title and begin another winning run toward the top.

“I know that Shannon has prepared really well for this match, and I am confident that my training is also not lacking, so this should be an all-out war. We are both looking to rebound, so we will see just who is hungrier to get that victory,” Banario said.

Banario has been training since October and revealed he is in his best condition while working on new skills that can march Wiratchai.

“I’m working on improving some of my techniques and adding onto them, so we’ll have a more complete arsenal when we take on Shannon. Hopefully, I can implement them properly in our match.

He’s a finisher, for sure, with most of his wins not reaching the scorecards. I think he has a powerful right hook that I have to really watch out for,” he added.

The Mankayan, Benguet pride quipped he has improved his grappling while fine tuning his striking capabilities against his Thai adversary.

Banario assured fight fans of a fast-paced match-up with both fighters eyeing to go back to the winning circle having lost three consecutive bouts in ONE.

Fight fans can also expect a faster and explosive Banario saying his return to featherweight will be exciting.

“When I first competed at lightweight, I felt good because I was able to bring my power and speed up there and still felt light. However, after two years I dealt with injuries and I felt heavier even if I was in peak condition, so I decided to move back down to a more natural weight,” Banario explained of his return to featherweight.

Banario added moving to featherweight will help bring the best out in him as it gives him more motivation to work harder especially after competing in lightweight for quite a while.

“I just hope to win this one and keep on winning this year. I’m returning to my original weight division, and I want to continue to work my way back up the top,” Banario added. (SunStar Baguio)