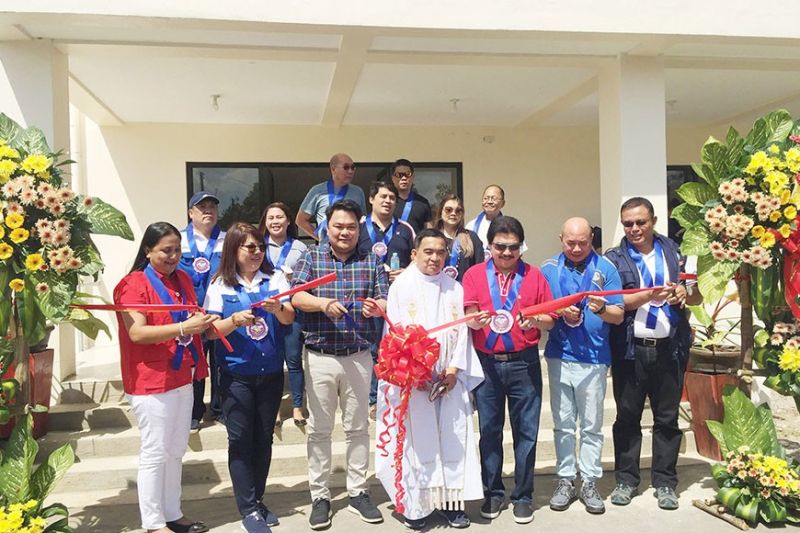 The Department of Public Works and Highways (DPWH) inaugurated and turned-over the Bacolod Evacuation Center to the City Government of Bacolod at the Abada-Escay Relocation Site in Barangay Vista Alegre, Bacolod City yesterday morning.

The evacuation center has a total contract amount of P33 million. The budget was taken from the national government.

Delfinado said the Bacolod Evacuation Center will be the fifth evacuation center in Negros Occidental.

She said the other areas with evacuation centers include Bago, Kabankalan, and Sagay cities and the municipality of San Enrique.

She added the Bacolod Evacuation Center can accommodate a total of 150 persons.

Delfinado noted that the Bacolod Evacuation Center can also accommodate the evacuees from other cities and municipalities in Negros Occidental during calamity.

Delfinado said there’s also an available budget for the construction of the second Bacolod Evacuation Center, but the city should find a location first.

“ The budget is ready, but it’s up to the city to find the area,” she said.

Leonardia said he’s thankful to the national government especially to Congressman Gasataya, DPWH, OCD-DND, DSWD, and DOH for the construction of the Bacolod Evacuation Center.

“We really need this (evacuation center) because times really have changed and this has become a necessity and mandatory requirement to the local government units. We are thankful that there’s teamwork between the national government, the congressman, and the local government for the construction of the project,” Leonardia said.

He said the city government donated the lot and the construction of the building was shouldered by the national government.

“I hope the residents of Progreso Village will also appreciate this project because this is an additional facility in the area. We are trying to develop the area into a township,” he added.

The mayor noted that he will come up with a team to operate and manage the building.

“We have to maintain this building and we need to assign security personnel to secure the area,” Leonardia said.

If there’s no evacuee in the area, he said the barangay can also use the facility for free.

Moreover, Leonardia also proposed to use the available government owned lot in Bacolod City High School for the construction of another evacuation center in the city.

Gasataya said he is thankful to the national government for providing the funds for the implementation of the project as well as to Mayor Leonardia and the members of the City Council.

“The city government owned the lot and the structure was funded by the national government and this is the example that if the officials are working together there will be more development in Bacolod City,” he said.

He added that this is the first evacuation center in Bacolod which he facilitated in the last two years ago.

Gasataya disclosed that the facility is intended for residents of Bacolod, especially those affected by typhoon and fire, but if there is a calamity or emergency from nearby cities and municipalities, the area is also open to accommodate them./MAP