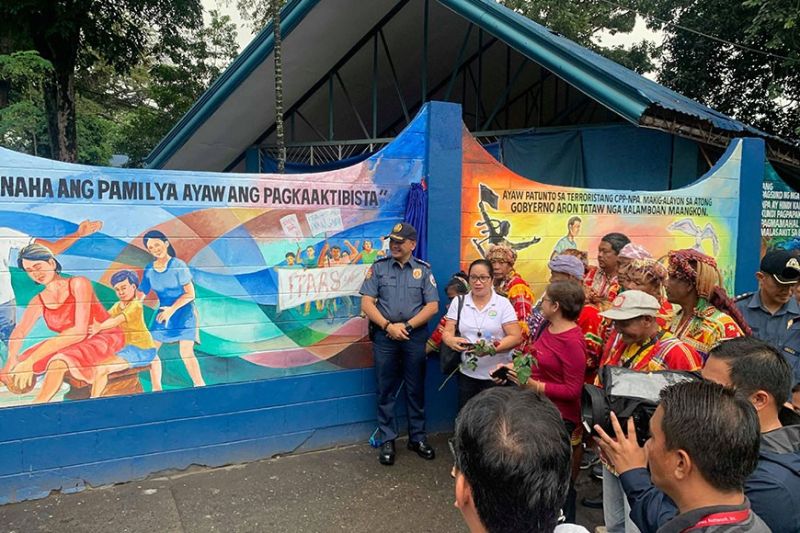 THE Davao City Police Office (DCPO) unveiled a Wall of Peace on Friday, which seeks to raise awareness on the recruitment pattern of rebels as part of the intensified campaign to End Local Communist Armed Conflict (ELCAC).

DCPO director Police Colonel Kirby Kraft said the Wall of Peace, composed of 12 concrete fences with respective message in the form of art, which aims to raise awareness among the youth against the style of recruitment of the Communist Party of the Philippines-New People's Army-National Democratic Front (CPP-NPA-NDF).

"We initiated this for a good cause... There's a larger issue than many people may be aware of. The extremism of the CPP-NPA-NDF and their recruitment especially to students,” Kraft said.

Kraft said students and younger generations are likely to be the target of the communist group “because of their minority and their discernment on political issues can easily be fed with false ideologies, their being impulsive and adventurous.”

"We are doing this because we want the public to be wary of the pattern of deception of this terrorist group. Likewise, I am asking the support of everybody to deny them a chance or any opportunity to regain strength. We want peace and order to prevail in this land, not hate, terror and inhumanity," Kraft added.

The activity was attended by Police Regional Office (PRO Davao) regional director Police Brigadier General Filmore Escobal where he lambasted the United Church of Christ in the Philippines (UCCP) Haran. As reported by those who were able to escape from the facility, people inside are suffering. There are also some children who are getting sick.

Escobal said Haran is only a front which is being use to portray that there are internally displaced person (IDP) due to conflict in the country. But Escobal said contrary to their claims, the region is enjoying peace and order.

Alongside with the unveiling was the indignation rally participated by different tribal groups in Davao City who expressed their opposition on the presence of NPA rebels and its recruitment of the youth.