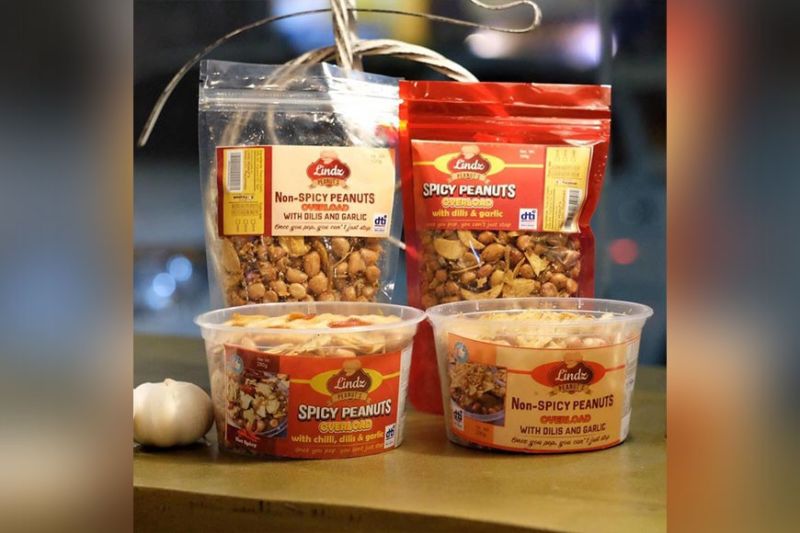 Lindz Peanuts come in spicy and non-spicy flavors and can be bought in tubs or pouches. (Photo from Lindz's Facebook) 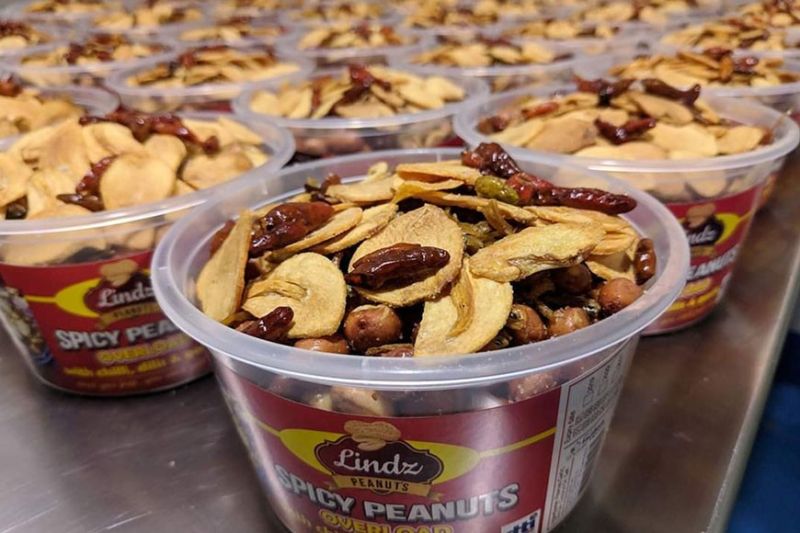 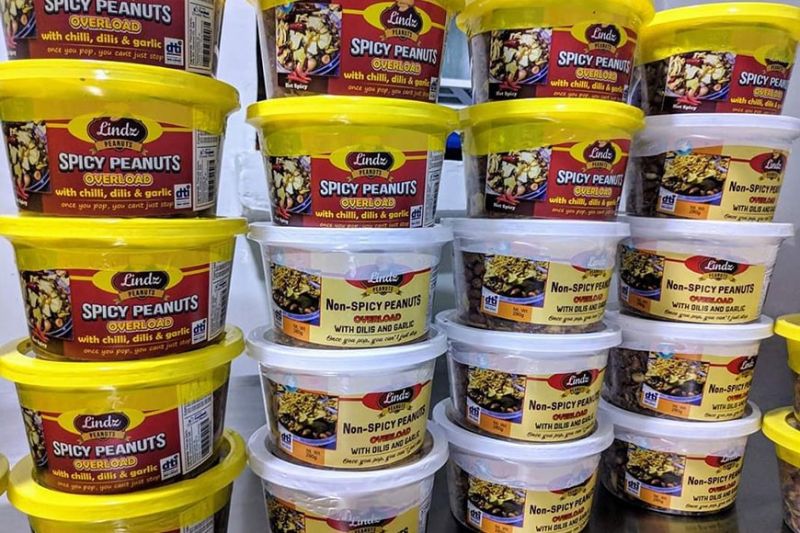 “ASK and it shall be given to you”, the Bible says. And Lindz believed.

Lindz or Rosalinda Garcia-Romarate was almost at the brink of giving up selling almost everything when the idea for her two-year old business came as an answer to her plea.

Lindz Peanuts, a tub of fried peanuts overloaded with fried garlic chips and dilis, has already established a name of its own. It has reached and had been sold in various parts of the country such as Tagum City, General Santos, Manila as well as overseas like Japan and Canada.

It was even endorsed pro bono by local celebrities like Melai Cantiveros and recently, it was recognized as the Best Quality Peanut Snack Delicacy to be accorded by Q Asia’s Quality Excellence Awards in May this year.

Before the product’s stellar success, Romarate said she had gone through desperate times figuring out the best business to sustain her family after she leaves her four-year government work.

For seven years, she has sold online beauty products such as soaps, collagen from Japan, and injectable glutathione on top of her work then. She also became a sole distributor of Mang Dany’s Ice Cream, a street ice cream along Roxas Avenue that drew national attention for its unusual long queue of customers.

Eventually, she accepted orders of cakes and sweets using her small oven and gained her regular customers, rendering her restless.

She said she no longer had time with her children just to cater to those orders.

“Kagive-up-pon nako sa cake. wala na man gyud ko kasabot. Lami na man gyud kaayo ihilak ba (I want to give up on the cake. I do not understand what I am doing that I wanted to break down),” she said.

Her husband was supportive, she said, but was never interested in cakes.

Romarate confessed she is a fan of peanuts and deep-fried garlic and it was what she was contemplating for quite a while. However, she hesitated to open it up to her partner, fearing she would be allowed because she will be exhausted more.

Without her saying a word, her husband just told her to cook peanuts to sell.

Since then, all else followed. She was able to secure a considerable capital for an expensive start.

She said the price of peanuts could range P90 to P120 per kilogram (kg) and usually her orders would reach around 300 kg. The garlic could cost about P200/kg.

From producing 10 tubs of 280 grams, she increased her production to 100 tubs in a span of one month.

Her sales were further boosted with the help of her resellers and distributors, participation in bazaars, as well as establishments which allowed her to display her products.

She also kept the quality of her products best and continuously improved its presentation.

“Siguro aside sa quality ang product, wala gitipid, nakita nila from the very beginning nga naningkamot gyud ang owner nga ma-enhance gyud, mugwapa gyud siya (Maybe, aside from the quality and the value for their money, they have seen my effort to improve the product),” she said.

Although she considered the business as a gift, she also owed her success to her courage in taking the risk.

“Para sa akoa, kung dili nimo itry, dili ka makahibalo kung para sa imoha. Kung na-fail man ka, at least gitry nimo kesa wala (For me, you will not know if it is for you if you will not try. If you failed, at least, you have tried),” ehe said.

As a way of giving back, she planned to put up a pasalubong store for all her products and provide a space for other small businesses like her.

But most importantly, she has promised to help her family, trusted workers, and neighbors get a job with her business as soon as she expands.

She has also promised her trusted her helper and her child to shoulder their education.