Tracing the footsteps of ASF in Davao Region 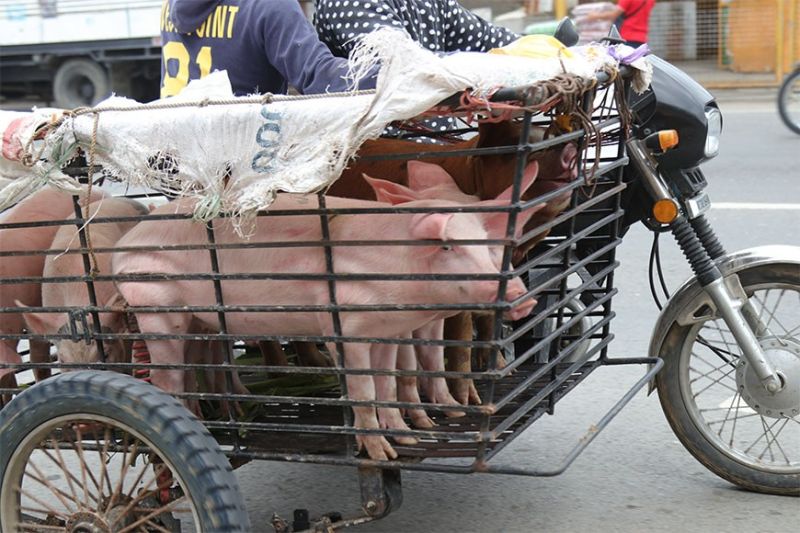 Live pigs on a side carrier of a trisikad in one of the public markets in Davao City. (Mark Perandos) 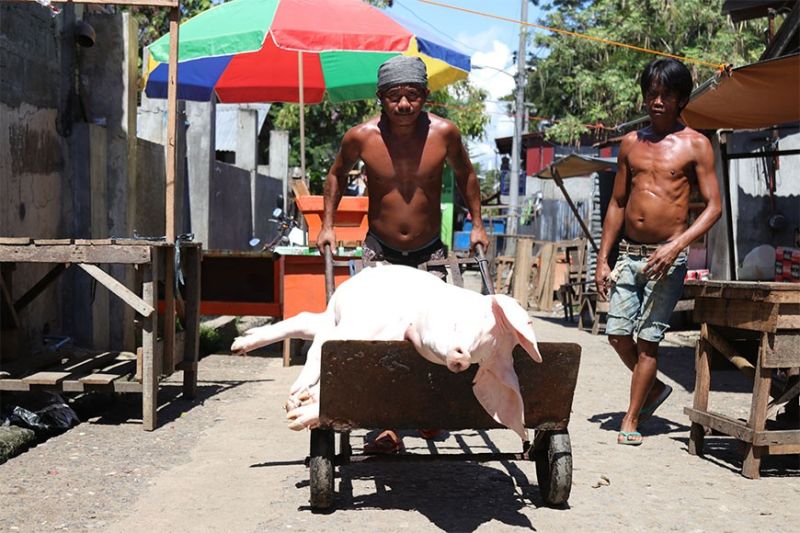 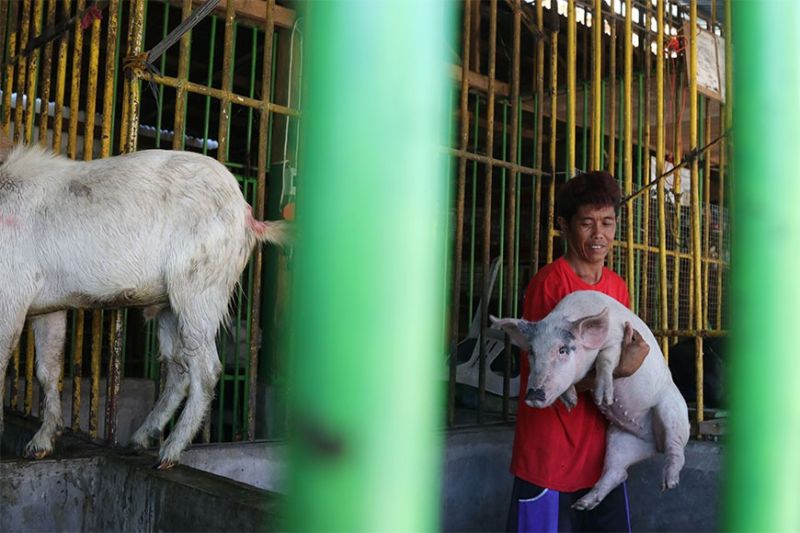 A man carries a young pig in one of the public markets in the city. (Mark Perandos)

THE virus of the African Swine Fever (ASF) could have already been infecting hogs in Don Marcelino, Davao Occidental long before it was detected in Luzon.

While a “trace-back” and a “trace-forward” is currently being done by the concerned government agencies, the Bureau of Animal Industry in Davao Region (BAI-Davao) regional quarantine veterinary quarantine officer Maria Teresa Bacayo chronicled in a press conference, Friday, a peek on how could have the disease entered the city.

Bacayo revealed there have been deaths of hogs in Don Marcelino as early as August 2019 but the reports of the incident only reached the regional office of the Department of Agriculture around the middle of January this year.

ASF cases in the Luzon area broke out around September in 2019. It started in the province of Rizal and later spread to its neighboring provinces which resulted in the culling of more than 60,000 hogs.

The outbreak has prompted the City Government of Davao to issue an order that banned the entry of pork and its by-products from the Luzon area in September.

It could have prevented the ASF-infected pork products coming from Luzon from entering Davao City and eventually in Davao Occidental but Bacayo said there was a gap with the time of the implementation.

“Naay gap gani kay free flowing pa man atong karne that time (There was a gap that enabled the entry and exit of pork that time),” Bacayo added.

She said ASF virus-infected processed pork products could have been included in the direct shipments to the region.

“Sa among analysis, sa Manila gikan kay daily baya ang mga eroplano. Malay mo naay taga Jose Abad Santos or taga Don Marcelino nga nagdala og ilahang mga tocino unya murag nasagol sa lamaw (Based on our analysis, someone who might have come from Manila flew to Jose Abad Santos or Don Marcelino. They might have brought with them processed pork products which are possibly infected by the virus and was mixed with the swill),” she said.

When reports of ASF case in Don Marcelino was confirmed at the end of January 2020, around 1,000 swine from eight barangays namely Linadasan, North Lamidan, South Lamidan, Calian, Mabuhay, Lawa, Nueva Villa, and Baluntaya were already dead.

How did it reached Davao City

Bacayo said the ASF-related deaths of hogs in Lamanan and Dominga in Calinan District could have been caused by live hogs from Davao Occidental or Davao del Sur.

She said most of the hogs were also delivered in an auction markets in Sulop or neighboring towns in Davao del Sur.

“Ang pinakadali nila nga transit kaning Sulop nga auction market. That time, wala toy sakit pag sulod dinhi (The most accessible source of pork is the auction market in Sulop. And the pig could be good health when it entered here),” she said.

One of the prevalent means of hog trading in these towns are by "viajeros" or the bukag-bukag system.

“[Viajeros] purchase sick animals ar low cost and transport them by motorcycle to consolidators in the nearby town of Sta. Maria for distribution to several areas in Davao del Sur,” said Department of Agriculture in Davao Region (DA-Davao) in February 2 press release.

Duterte-Carpio earlier said hogs do not usually manifest symptoms of the disease when they entered the city, which Bacayo also reechoed.

Two days after reports of confirmed ASF case in Davao Occidental and suspected case in Davao del Sur, the city mayor has included the two towns in the city’s pork import ban.

The province of Davao Occidental and some areas of Davao del Sur also immediately implemented their individual lock-downs.

In separate interviews, both Duterte-Carpio and Bacayo assured the public that they are stringent in implementing the ongoing regulation on the entry of pork and pork products in the city.

Duterte-Carpio said she has also seen no lapses in the implementation of the preventive measures done by the personnel of the City Veterinarians Office and Task Force Davao.

Considering that the delayed response to ASF contributed to the economic losses of the towns’ hog industry, Bacayo urged raisers of livestock and poultry to report immediately to their provincial or municipal agriculture offices any anomalies experienced by the animals they tendered.

This would help the concerned agencies to implement the necessary actions and preventive measures if cases like ASF occur.

She also suggested equipping the agriculture personnel, especially at the barangay level, with technical and financial support to be able to respond to similar eventualities.

“It is high-time to strengthen our LGU [officials] concerning animal health systems whether in municipality or barangay level because it was not really given much attention,” she said.