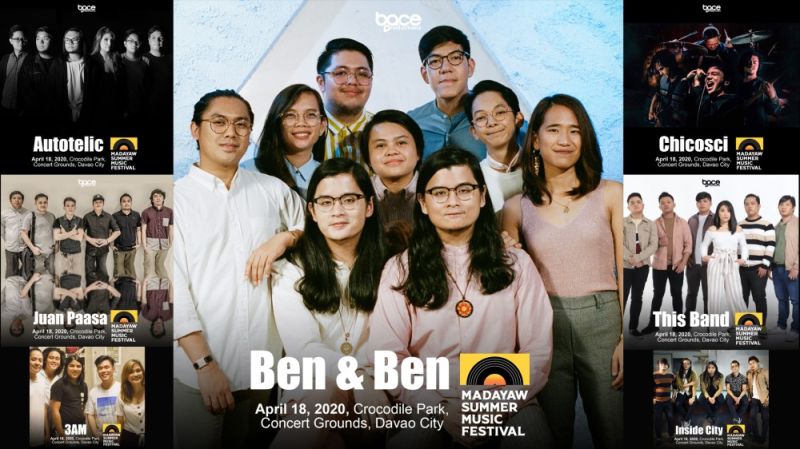 AROUND two months before the concert day, preparations are already underway for the most awaited summer concert in the city - Madayaw Summer Music Festival.

Taking the concert and music scene in the city to a higher level, Bace Productions will unite a power line-up of band performers this summer set on April 18 at the Crocodile Park, Concert Grounds, Davao City. With Ben & Ben as its main act, this music festival will also showcase other power bands like Autotelic, Typecast, This Band, Chicosci, and the bisaya band that popularized the song "Summoning Eru," Juan Paasa.

The event will also feature two of Davao's rising bands, Inside City (from ABS-CBN's Your Moment) and 3 a.m.

"We aim to promote celebration of friendship through music, especially in Mindanao," Bace Productions said in a statement.

The production company added that they will also organize activities prior to the concert proper to let ticket holders enjoy more quality time with their friends.

“We have early bird promo for VIP tickets, they can have a one group photo opportunity with the bands,” Bace Productions said.