Poliovirus found in samples of water from Butuanon River 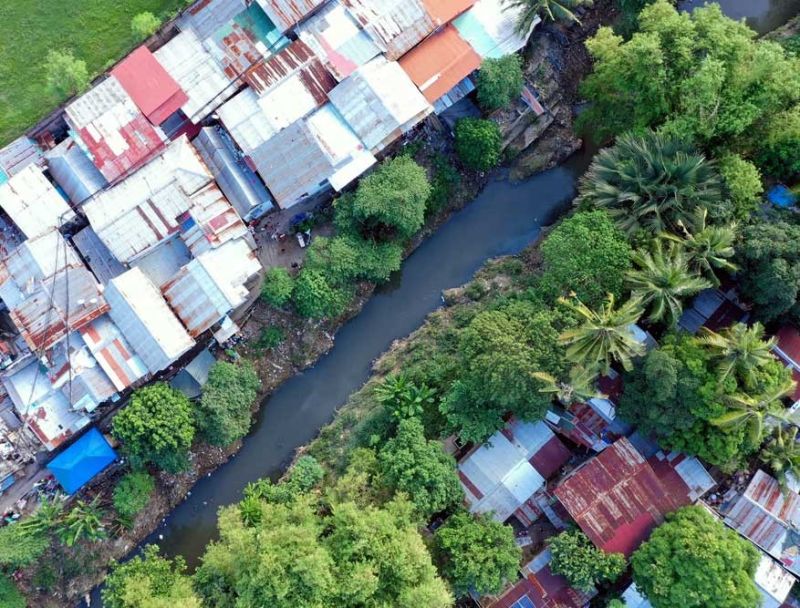 Poliomyelitis, or polio, according to the World Health Organization (WHO), is a highly infectious viral disease that mainly affects children. The virus is transmitted person-to-person and is spread mainly through the fecal-oral route. It can also spread through contaminated water or food.

Acute flaccid paralysis (AFP), on one hand, is a sudden onset of paralysis/weakness in any part of the body of a child less than 15 years of age. To achieve polio eradication, the WHO recommends that countries conduct surveillance for cases of AFP.

The DOH reported the case of a one-year-old boy from Cabanatuan City in Nueva Ecija to be a confirmed polio case, putting the total number of polio cases in the country at 17.

The patient manifested fever and sudden onset weakness of his left lower limb. The case was detected through surveillance of AFP cases in the communities conducted and reported by barangay health workers.

The DOH said it is closely coordinating with the WHO for an appropriate vaccination response.

The DOH said it is helping the cities of Mandaue and Cabanatuan strengthen their AFP surveillance capacities, including their identification and reporting mechanisms.

“It is important that we are able to timely detect any acute onset of paralysis in children, especially within our communities. We have evidence that the poliovirus continues to spread. Our aim is to promptly diagnose and treat all possible polio cases,” Health Secretary Francisco T. Duque III said in a statement.

The Butuanon River is 20 kilometers long, with 14 to 15 kilometers flowing in Mandaue City.

Mandaue City Mayor Jonas Cortes has issued a marching order declaring the Butuanon River, as well as the Mahiga Creek and the Tipolo River, off limits to the public.

“While it is most unfortunate that this news came at the time when we are still reeling from the effects of Covid-2019 (coronavirus disease 2019), it is good that we knew of this the earliest in order for us to align our time and resources to address this concern,”

“We will have a coordination meeting with (Cebu City) Mayor (Edgardo) Labella tomorrow (Monday, Feb. 17) morning to address this issue,” he said.

Cortes said that they will ramp up their vaccination campaign and information dissemination against polio and other preventable diseases.

The rate of immunization for polio among children under five years old in Mandaue City is 90 percent.

The mayor encouraged officials and health workers of barangays along the city’s waterways to stop residents from bathing in rivers.

Meanwhile, John Eddu Ybañez, Cortes’ executive secretary, said he called for an emergency meeting of the Butuanon River Management Board to discuss matters regarding the issue.

Despite the announcement that the Butuanon River tested positive of the poliovirus, Ybañez said no polio case has been reported in

This was confirmed by Shelbay Blanco, DOH-Central Visayas Regional Epidemiology and Surveillance Unit head, who, in a text message to SunStar Cebu on Sunday, Feb. 16, said there has been no polio case reported in the region.

SunStar Cebu tried to reach DOH 7 Director Jaime Bernadas, but to no avail.

The Philippines lost its polio-free status when a three-year-old girl from Lanao del Sur was found to have contracted polio virus this year, the first confirmed case since 2000.

Baton asked the public to practice good hygiene, proper food preparation and proper nutrition as a precaution against contracting polio.

“Even with a polio-free status, we did not stop our polio vaccination. It’s better if we err on the side of caution. Even though there’s a vaccine, it would be less effective if the child is malnourished,” he said.

The Sabayang Patak Kontra Polio (SPKP) campaign of the DOH continues in the National Capital Region and all regions of Mindanao. The succeeding SPKP round will run from Feb. 17 to March 1 in all regions of Mindanao (for children under 10 years old in Basilan, Sulu, Tawi-Tawi, Isabela City, Zamboanga City and Lambayong, Sultan Kudarat and children under five years old in the rest of Mindanao) and from Feb. 24 to March 8 in Metro Manila.

GPEI is a public-private partnership led by national governments with five partners: WHO, Rotary International, the US Centers for Disease Control and Prevention, the United Nations Children’s Fund, Bill & Melinda Gates Foundation and Gavi, the vaccine alliance. (WBS / KFD)