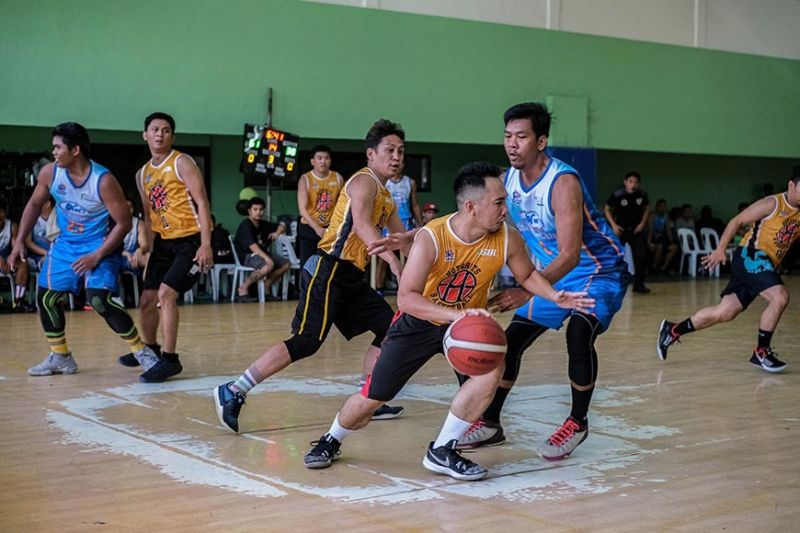 The Hotshots try to break the stifling defense of Nat’s Fishcrackers. / Contributed

THE Nat’s Fishcrackers got their title defense off to a fine start as they routed the Hotshots, 101-82, in the Southside Basketball League – Season 5 Dirtbusters Cleaning Services Cup at the Sacred Heart Center on Sunday, Feb. 16, 2020.

Nat’s broke the game wide open with a 30-14 scoring binge in the second period that gave them a 56-34 lead at halftime, that paved the way for their huge season-opening victory.