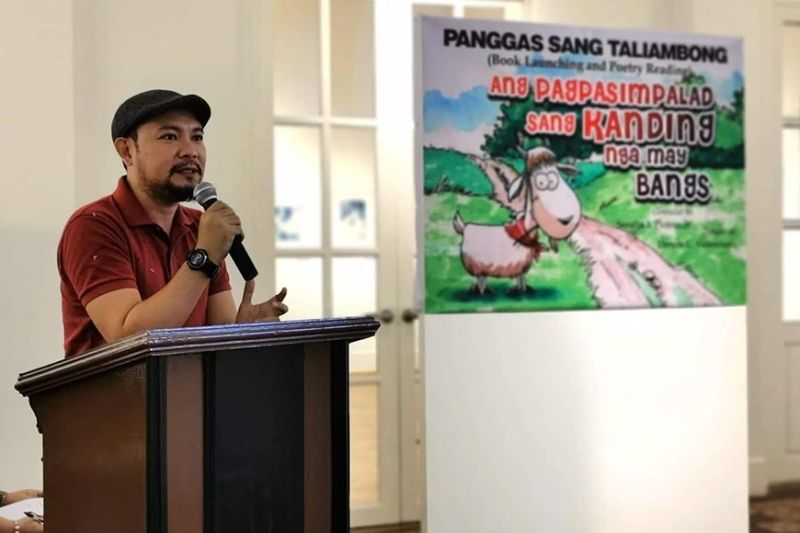 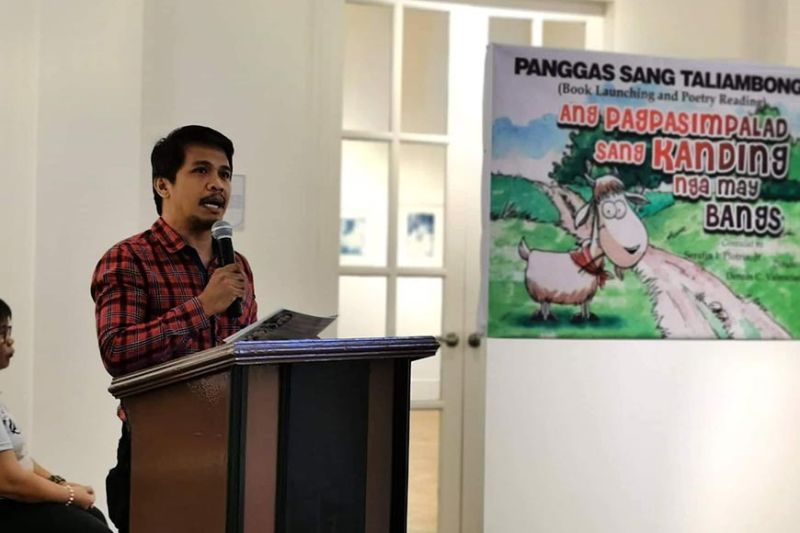 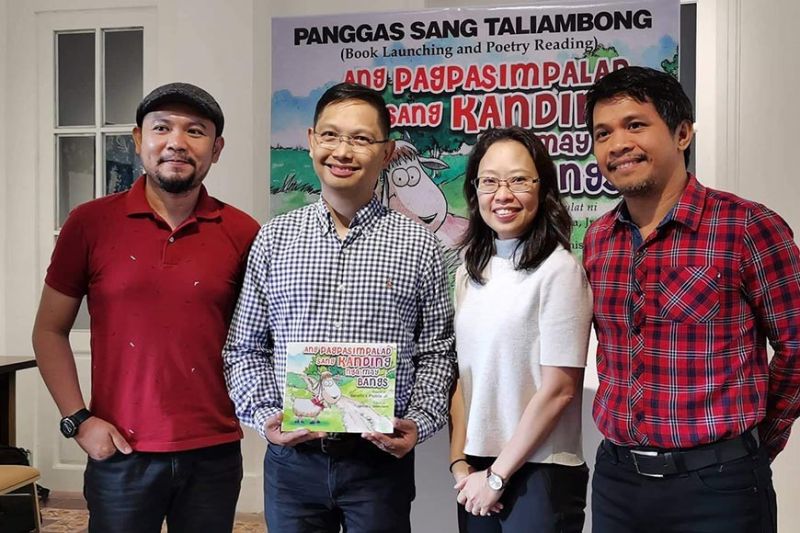 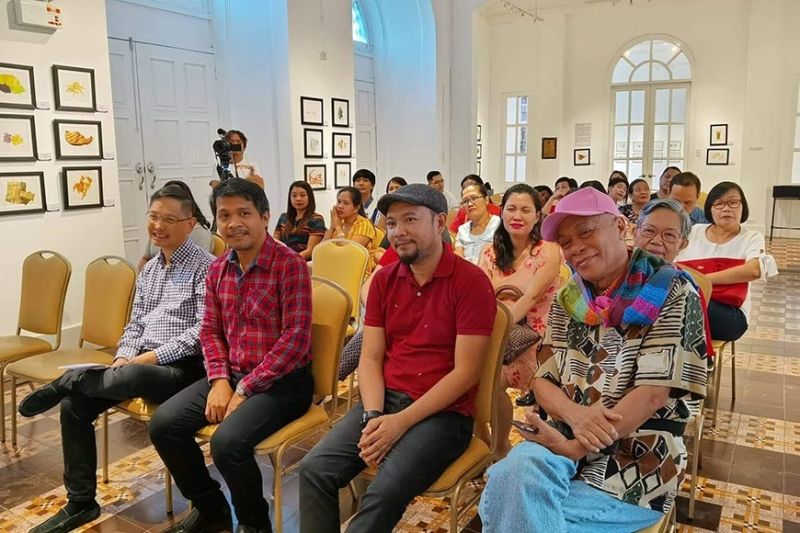 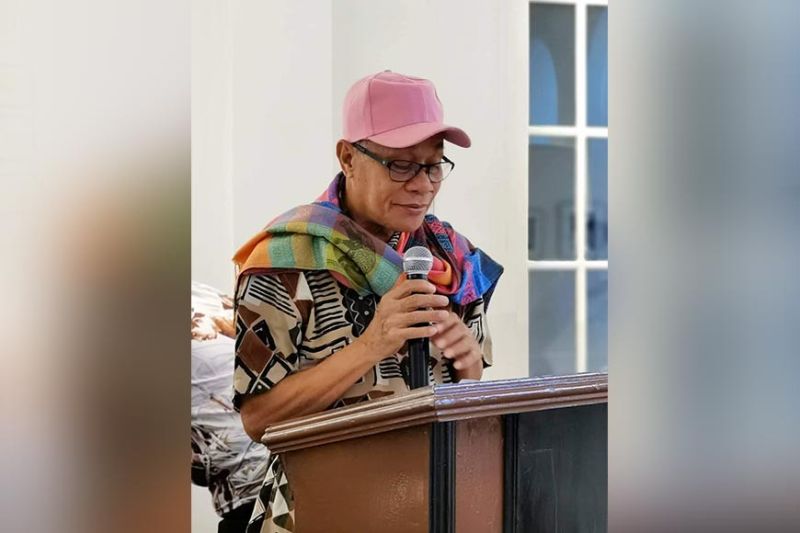 BACOLOD. Local artist Dennis Castañeda Valenciano talks about his opportunity to further unravel his gift of the arts to others with this new Hiligaynon book. (Carla N. Cañet) 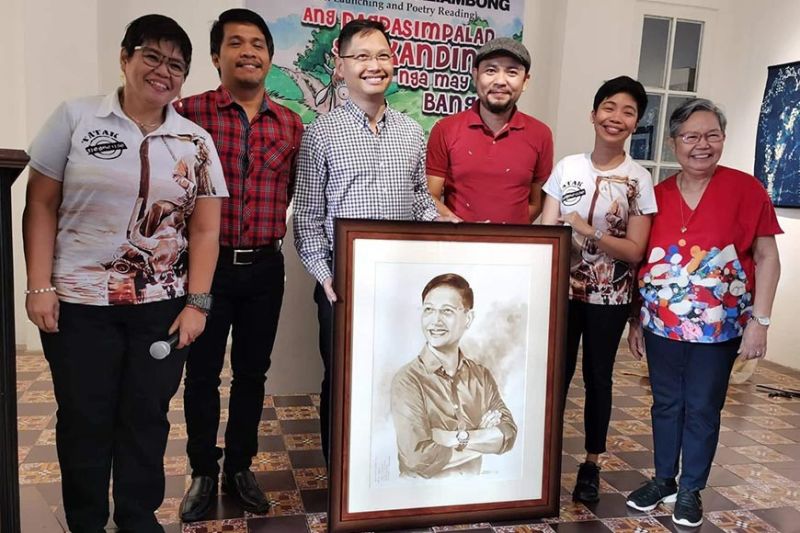 BACOLOD. Book author Serafin Plotria shares his views about the book and the use of the Hiligaynon as a precious medium of communication to convey ones emotions and stories. (Carla N. Cañet) 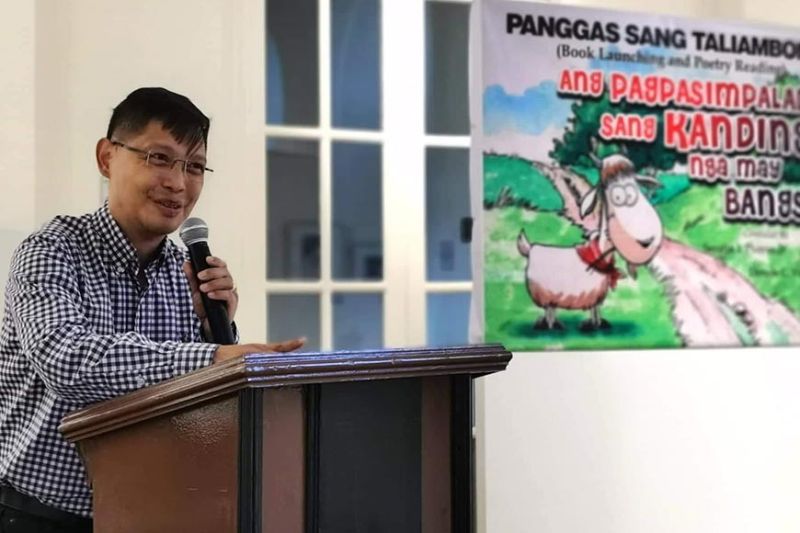 THE use of the Negrense dialect, the Hiligaynon, was a medium of communication used by multi-awarded local writer and now book author Serafin I. Plotria Jr. and the versatile and prolific artist Dennis Castañeda Valenciano on their maiden book titled: "Ang pagpasimpalad sang kanding nga may bangs," which exemplifies the value of courage to face challenging endeavors.

This colorful booklet was launched on Saturday, February 15, at the Negros Museum.

Negros Occidental Third District Representative Francisco Benitez and family, friends and lovers of the dialect and local poetry graced the launching of the said booklet.

Plotria was a 2018 Peter's Prize Excellence in Writing grand winner in his article: "Mga Binalaybay sabat sa mga panghangkat," launched by Peter Solis Nery Foundation for Literature and the Arts. He is also a founding fellow of Hubon Buglasanon-Hiligaynon Poets and Writers Collective in Negros Occidental.

On the other hand, Valencia comes from a highly artistic lineage as he is the son of the late Romeliz M. Valenciano Sr., also a versatile and prolific artist who specialized in landscape, seascape and portrait painting with the use of coffee as a medium.

The young Valenciano is also the grandson of the late Benjamin D. Valenciano Sr., the sculptor of the world-renowned Church of the Angry Christ in the St. Joseph the Worker Parish in Victorias Milling Company.

Tatak Negrense and history lover Chona Gosiaoco and other local artists also supported the said endeavor that will help regain consciousness among the locals who still see the merits of poems with the use of Hiligaynon.

There were some local artists including Congressman Benitez who read aloud some of the written poems that gained the fondness and of the audience.