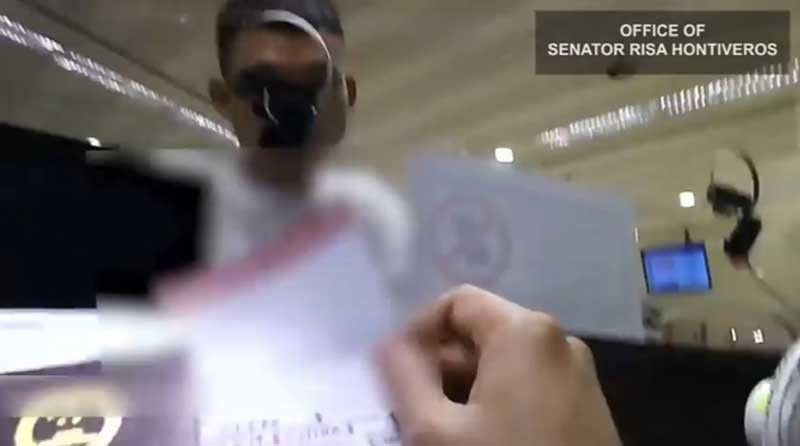 Hontiveros, citing an unnamed whistleblower from the Bureau of Immigration (BI), exposed the “pastillas” modus between Chinese nationals and immigration officers during a Senate committee hearing on Monday, February 17, 2020.

BI officials were quick to defend the bureau and said they were implementing measures to deter such schemes.

Hontiveros was not convinced.

"Kung may reforms talaga, matagal nang inalam ‘yung ganyang klaseng operations. Only two things are evident here: nagmamaang-maangan kayo pero alam niyo ang nangyayari or hindi niyo alam ang nangyayari. Either you are complicit or you are negligent. I don't know which is worse," she said.

"The lion's share goes to the bosses," Hontiveros told BI officials during the hearing.

"Somebody rigged the system, centralized the operations, and made this into a billion-peso enterprise," Hontiveros added.

According to Hontiveros, at least P10,000 per service is being offered to immigration officials and distributed among airport and travel employees so Chinese nationals can be escorted to the bureau’s “inner office”.

The senator said the scheme is called “pastillas” because the money being handed to BI officers used to be wrapped with bond paper and rolled.

The senator vowed to further investigate the scheme, saying that the system is centralized and protected by the agency’s higher-ups.