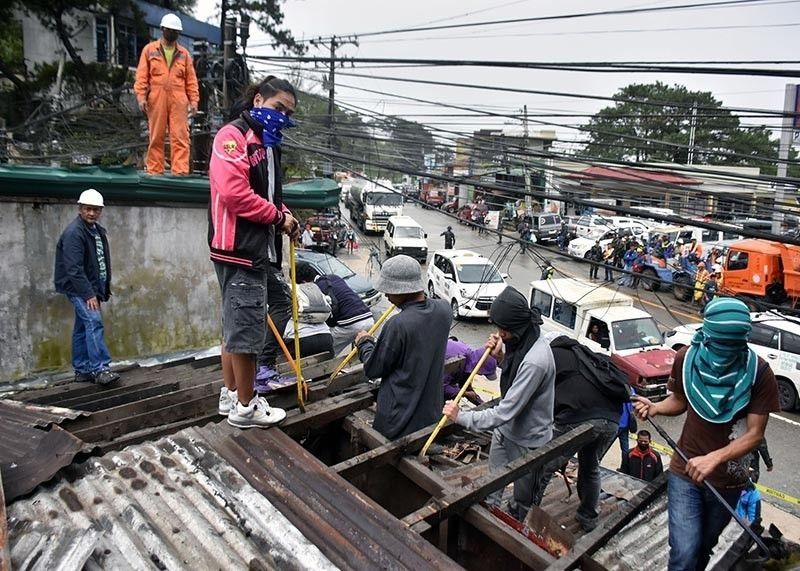 MANILA -- After clearing the primary and secondary roads, local government units (LGUs) are directed this time to clear inner and tertiary roads in the barangays within 75 days.

The directive issued by Department of the Interior and Local Government (DILG) Secretary Eduardo Año is still in line with President Rodrigo Duterte’s order to clear roads of obstructions in a bid to ease traffic congestion.

“Tuloy ang Disiplina Muna campaign sa ating mga kalsada. I direct LGUs, especially the barangays, to clear local roads and sustain the gains of the road-clearing operations with the same urgency and enthusiasm as when the President himself directed us during the State of the Nation Address,” Año said in a statement.

“Binibigyan ko kayo ng 75 calendar days para gawin ito. This will continue whether you like it or not, especially since it has produced favorable results for the people,” he added.

The local government units were earlier given 60 days to clear primary and secondary roads.

Of the 1,245 LGUs, only 97 were found to be non-compliant. Of the 97, local government officials from 10 areas have already been slapped with administrative charges for failing to implement the order.

The DILG said a total of 6,682 primary and secondary roads nationwide were cleared of all types of obstructions.

This time, the DILG said the barangay officials will be the primary implementor but will require the cooperation from their residents.

Among those that must be removed are vehicles parked in prohibited places specified in RA 4136 or the Land Transportation and Traffic Code, or on sidewalks, paths, or alleys; vehicular terminals except in areas allowed by the LGU; vending sites of any kind of items; house encroachments that obstruct the road right-of-way, protruding gates, tents, among others; and store encroachments and indiscriminate signages and advertisements.

Obstructing and hazardous trees may be pruned or removed in coordination with the Department of Environment and Natural Resources while posts, meters, instrumentation boxes and the like that causes road obstruction must be coordinated to the utility company and the LGU for possible relocation.