CITY OF SAN FERNANDO -- Environmental health groups have appealed to the government to ban the importation of foreign waste, as they also asked other countries to stop exporting their unwanted waste to the Philippines.

At the send-off ceremony held at the Mindanao International Container Terminal (MICT) for the third batch of illegal South Korean waste shipments to be re-exported, environmental advocates led by Quezon City-based EcoWaste Coalition and Davao City-based Interfacing Development Interventions for Sustainability (Idis) pushed for preventive measures to halt the entry of hazardous wastes and other refuse, including household and plastic trash, into the country's ports.

Bureau of Customs-Northern Mindanao port collector John Simon earlier said that "the re-exportation of the remaining wastes from South Korea this month signifies our nation's steadfastness to protect public health and the environment from the deceptive trade in hazardous waste disguised as plastic waste for recycling," stressing that "as guardians of our ports, we (the BOC) are committed to curb illegal trade and halt all forms of customs fraud, including the practice of falsely declaring hazardous waste and other wastes as recyclables."

For her part, Aileen Lucero, national coordinator of the EcoWaste Coalition, emphasized that "the chain of foreign waste dumping incidents that sparked national outrage warrants the imposition of tougher policies that will effectively deter the illegal traffic of hazardous wastes and other wastes, especially those from developed economies who have more resources to safely manage their own wastes."

Chinkie Peliño-Golle, executive director of Idis, agreed, saying: "We must not allow countries to continue exporting their waste problem to the Philippines. To send a clear signal to these countries that we do not want their waste, the government has to fast-track the adoption of preventive measures banning the entry of wastes in whatever form of disguise."

The groups specifically pointed to the need for the Duterte government to proceed with the long overdue ratification of the Basel Ban Amendment (an international law banning the export of hazardous wastes and other wastes from developed to developing countries), and to ban the importation of waste altogether.

"These environmental justice measures will protect our country and our people from the negative consequences of global waste trade," the groups insisted.

The groups likewise asked the government to ensure that all parties behind the unlawful waste shipments from South Korea to be held fully accountable, and for the national government to extend full assistance to the local government unit affected by the illegal traffic of waste, including the conduct of environmental sampling to assess the contamination of the storage area for the illegal waste and its cleanup and rehabilitation.

The controversial waste shipments from South Korea, weighing about 6,500 tons and falsely declared as "plastic synthetic flakes," were imported by Verde Soko Philippines Industrial Corporation. The shipments arrived in Northern Mindanao in July and October 2018.

Found by the authorities as "misdeclared, heterogeneous and injurious to public health," the BOC-Northern Mindanao then issued three warrants of seizure and detention against the said illegal waste shipments.

Citing violations of DENR Administrative Order 2013-22 and Republic Act 10863, or the Customs Modernization and Tariff Act, the BOC-Northern Mindanao ordered the waste shipments re-exported to their origin.

Following successful negotiations with the South Korean government involving stakeholders from the public and private sectors, including the EcoWaste Coalition, the first batch of 51 containers vans were re-exported from MICT port on January 13 last year.

The second and third batches of 50 containers per batch followed on January 19 and February 16, 2020. And the last batch is scheduled for repatriation on February 23, 2020. (PR) 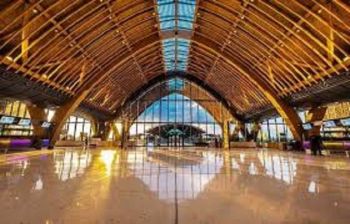