Bzzzzz: Judge who died with wife in fire lost a son in 2018 shooting 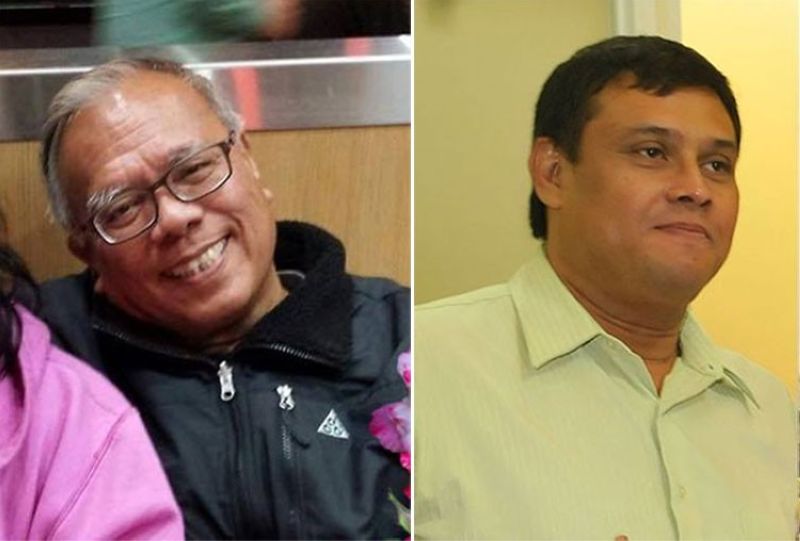 The three members of the interim board that LWUA earlier designated were present at the short turnover and assumption ceremony Monday (February 17). Questions about the legality of the creation of and takeover by the interim board remained unanswered.

[2] THEORY OF SOTTO, CAYETANO ON ABS-CBN FRANCHISE ASSAILED. Unless the law is passed before March 30 or May 3, whichever is correct, ABS-CBN will have to shut down upon the expiration of its franchise. Congress has no more time to pass the bill and even if it passes it on time, the president may veto the bill. And overriding the veto is as slim a chance as can be.

The question is, what would be the public backlash, if any? That would depend upon the hearing Senator Grace Poe plans to call on the issue even without the bill from the House.

[3] INTERESTING ITEM IN ABS-CBN OWNERSHIP. Vic Sotto, the entertainer, is among the stockholders. When the quo warranto petition was filed by the Department of Justice, the network's shares dropped 30 centavos or 1.76 percent to finish at P16.70 apiece. Further recovery or fall will depend on developments in the next two weeks.

Estopa in the news

Gerardo Estopa, a retired Municipal Trial Court judge who died with his wife in a fire along Zamora St. in Mandaue City Monday dawn morning (February 17), had faced another kind of tragedy less than two years ago.

On July 20, 2018, police shot dead Estopa's biological son who allegedly shot it out with a police-poseur buyer in a buy-bust operation in Barangay Tejero, Cebu City. He was shot in the back. Gestopa's son, who was adopted by his father's sister in the US, rejected the police accusation that the victim was involved in drugs as a seller. Cebu news media published his appeal for justice four days after the killing. He also talked on live video on Facebook about the "injustice."

Ex-judge Estopa, 65, and his spouse Louella, 67, were found inside the burned house. A grandson, 12, was missing. The fire, reported to the fire department at 2 a.m., started in another house.

Estopa also figured in the news when he sued Epifanio Oscar Jr., then of Bombo Radyo, for his commentary on the air about the judge on September 4, 1998. The Regional Trial Court convicted Oscar and in December 2011, the Court of Appeals affirmed the conviction. Whether Oscar appealed the CA ruling and its result in the Supreme Court have not been published.

The cause was an unattended candle outside his room, which he had kept lighted each night in memory of his departed wife.