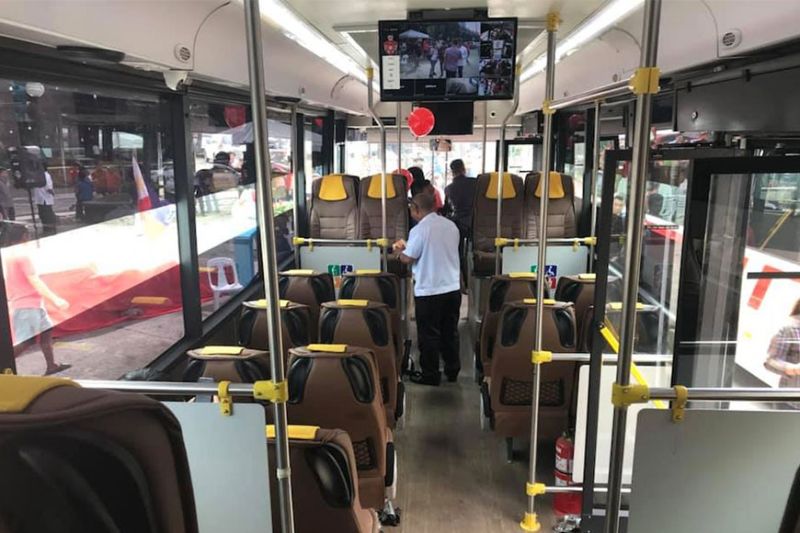 DABAWENYOS traveling from Calinan to downtown area will have a more comfortable ride as a private transportation firm unveiled new bus units on Monday morning, February 17.

Also, passengers can pay their fare using a Beep card, a cash-less, convenient, and modern method of payment similar to those in Singapore and Hong Kong.

The starting point of the bus route will be from Grand Mall in Calinan going to Mintal Barangay Hall, then Catalunan Pequeño, SM City Davao, and San Pedro Cathedral.

Minimum fare will be at P10 for regular passengers, while P8 for senior citizens, persons with disability, and students.

(The specifications of these buses are similar to what the City Government of Davao desires for the High Priority Bus System [HPBS].)

He said the route had long existed, hence the buses that were deployed were only upgraded, in sync with the city's mass transportation upgrade. Annil Transport Services has been operating bus routes between downtown Davao City and Calinan for years.

But he cannot confirm if Annil is also bidding to be one of the operators of the HPBS.

As of press time, City Assistant Administrator Tristan Dwight Domingo said there is no official bidder for the bus system as guidelines are still being finalized by the city together with the Department of Transportation and LTFRB.

Meanwhile, Dioso is optimistic that the bus can also address the lack of public utility vehicles (PUVs) serving Calinan.

Phabs buses have also been deployed to Calinan after complaints of the lack of PUVs serving the area.