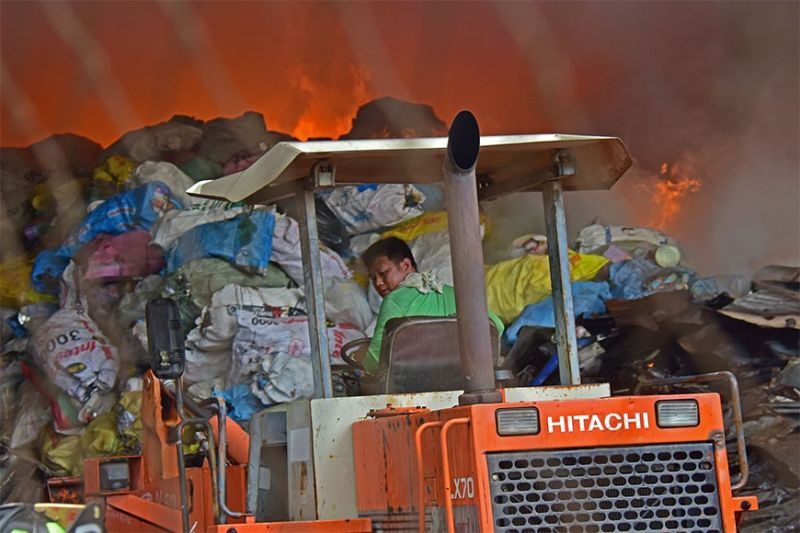 THE Davao City Government plans to request for additional funding of the waste to energy (WTE) facility in the city, an official said.

Davao City assistant administrator Tristan Dwight Domingo said the additional financial grant for the facility would help in its operation.

Domingo did not elaborate the amount requested.

Currently, there is a grant from the Japanese government at P2.5 billion through official development assistance (ODA). This will be used to build the facility to reduce the city's solid waste and convert it to electricity.

Domingo said under the previous project scheme, the government would give a fix tariff or rates to the energy that the WTE facility will produce.

"Apparently, right now, the Department of Energy already told us na wala na to (that it was scrapped). Dili na available ang fix na price sa pagbaligya og kuryente (The fix price of setting of the electricity is no longer available) and because of that the financial projection sa study was changed," he said, underscoring the need to request the National Government for funding to hasten the project.

Under the project scheme, he said there is a need for it to be sold to existing power utility companies such as Davao Light and Power Co. (DLPC).

WTE is one of the City Government's solutions to solve the solid waste problem. The 10-hectare facility will be constructed in Biao Escuela, Tugbok District.

Domingo said feasibility study of the project is currently being finalized and is expected to be concluded either in February or March 2020.

He said the study would include the project's legal aspect, financial projection or estimates, and the technical, which is the recommended designs and specifications of the WTE facility.

Meanwhile, Domingo said a third party company will assist in operating the facility and will go through a bidding process.

The construction and the design-making will also be done by the selected bidder.

Domingo said the bidding will proceed once the study will be finished.

Admittedly, he said environmentalists are continuously opposing the facility due to its negative impact to the environment.

However, due to the growing waste generated by the city, which resulted in the exhaustion of the current city landfill located at Carmen in Tugbok District, the WTE facility is considered as a solution in reducing the garbage in the city.

Based on City Environment and Natural Resources Office's (Cenro) data, the city is generating around 900 tons of garbage per day last year. But only around 600 tons reaches the landfill, while 300 tons go to the recyclers or reused to other forms.

(The facility only addresses the surface problem, which is the growing number of garbage in the city. But we oppose it because it doesn't address the main problem at all. Why there are so many garbage? It is because Ecological Solid Waste Management is not being implemented especially in the households, barangays, and establishments.)

She said complying with the law is still the best solution to address the growing number of garbage in the city.

She, however, did not comment on the feasibility study pending its result.