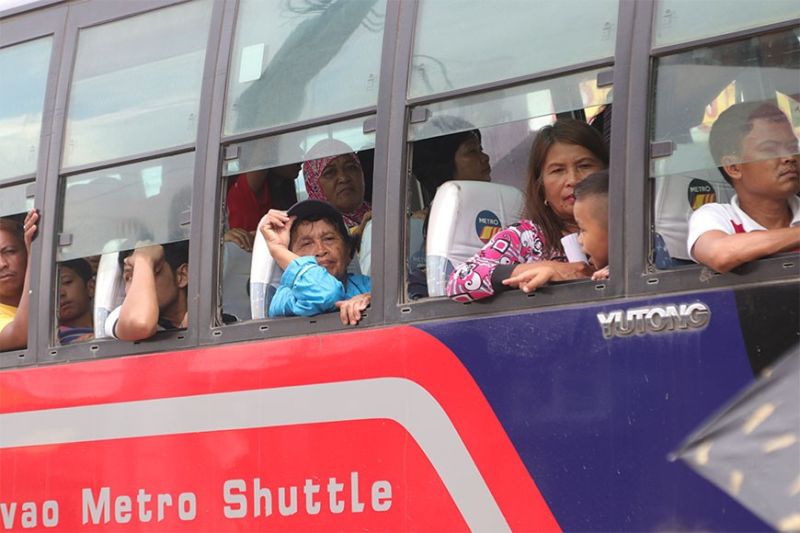 PROVINCIAL buses will soon be limited from plying along the streets of Davao City, once the city's High Priority Bus System (HPBS) will become fully operational, a city official said.

Davao City assistant administrator Tristan Dwight Domingo said in a press conference Thursday, February 13, that the city will create six terminals for the HPBS: three will be major terminals while others will be small or depot terminals.

Aside from the interim buses, he said provincial buses will also be housed in these major terminals.

(All provincial buses will now be dropping off their passengers in these terminals. The HPBS or the city buses will be the only ones plying the main city streets.)

DCOTT head Aisa Usop, in a previous report, said the current location of the bus terminal is overly congested due to the increasing number of buses and passengers coming in and out of the city.

Domingo, meanwhile, said the creation of small terminals will help in the deployment of buses faster especially during peak hours. He said buses will be stationed in these terminals to be augmented in case additional buses will be needed.

The construction of the bus terminals, he said, will be taken from the P650-million social pension budget of the 17th Congress that was secured by Davao City Mayor Sara Duterte-Carpio. This is on top of the P100 million allocated by the 19th City Council in 2019 under the Supplemental Budget 1.

Land Transportation Franchising and Regulatory Board (LTFRB)-Davao Director Armand Dioso said in a phone interview on Monday, February 17, that provincial bus companies were already aware of the city's plan to regulate them since the study has been conducted in 2011.

But Dioso said the City Government would still initiate a dialogue with the bus drivers for them to be aware of the plan.

Dioso said the terminals would still be supervised by DCOTT.

(Possibly, the terminal will be diverted through the points of terminal provided for HPBS.)

He is uncertain, though, whether the current DCOTT terminal would be closed.

He said limiting the entry of provincial buses would also help congest the traffic in the city, especially that most of these buses ply in the busy streets of Davao.

Based on their recent data, there are more than 2,000 provincial buses plying the streets in the city. These include inter-regional provincial buses or buses traveling from neighboring regions.

The HPBS is the city's efforts to support the Public Utility Vehicle Modernization Program, which has the goal of making the country's public transportation system efficient and environmentally friendly by 2020.