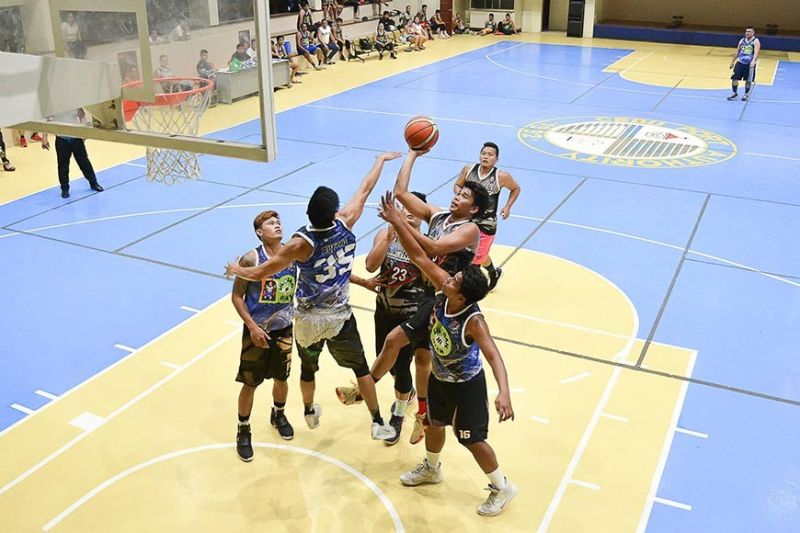 A player from NJEB tries to get a shop up against the defense of the Silogan ni Gian squad. / Contributed

THE Silogan ni Gian cooked up NJEB Construction, 117-101, for their second straight victory in the Upperclass Cebu Basketball League at the Cebu Port Authority gym on Saturday, Feb. 15, 2020.

Also chalking up its second win in as many games was The Farmer and the Chef after it crushed the Indians, 94-78. Former University of San Carlos guard Jabby Bautista was in his element all game long, firing in five three-pointers to finish with 18 points along with three rebounds and four assists.

The White Wolves also came away with a win after it edged the Bond Brothers, 72-68. Cristian Castro had 16 points and nine boards for the winning side.

And finally, the Crusaders defeated Jade & Jay, 85-78, thanks to the 24 points of Carlo Artillano. (JNP)