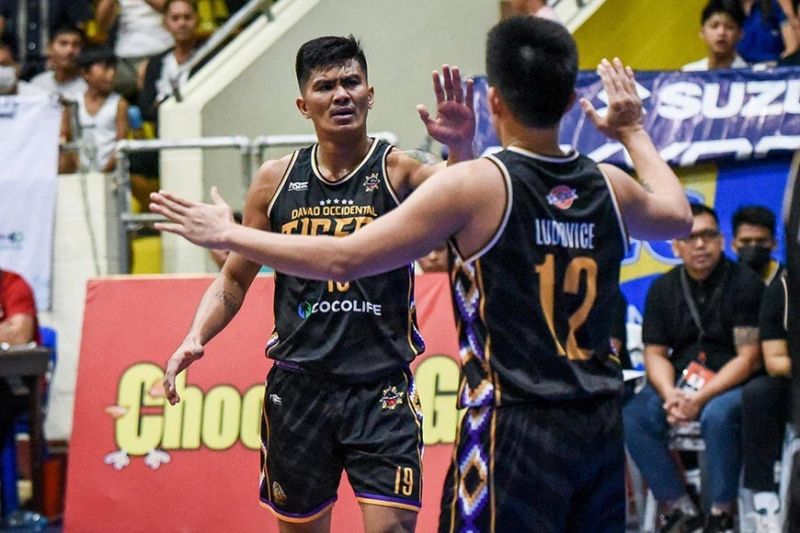 THE reigning South Division champions Davao Occidental-Cocolife took a step closer to moving on to the semifinals after overpowering the Bicol-LCC Stores, 77-71, to gain a 1-0 series lead in the best-of-three quarterfinals of the 2019-20 Chooks-to-Go MPBL Lakan Season, on Monday, Feb. 17, 2020, at the Rizal Memorial Colleges Gym.

Mark Yee led the Tigers with 20 points, 12 rebounds, and four assists while Cebuano guard Eman Calo provided a huge lift off the bench by scoring 18 markers.

The Tigers used a huge third quarter salvo where they outscored their foes, 28-19, to turn a 27-36 hole to a 55-53 advantage heading into the fourth period.

Joseph Terso’s three-pointer at the 1:38 mark of the payoff period gave the Tigers a seven-point lead, 74-67, but Bicol’s Jerome Garcia answered right back with quick four points to trim the deficit to just three, 74-71, with 24.8 ticks left.

However, Davao’s Yvan Ludovice iced the game with three freebies as the Volcanoes could not make the much-needed baskets.

Billy Ray Robles also gave Davao a spark in the second half, pouring in all of his 11 points to go with nine boards, three blocks, two assists, and a steal.

Garcia got 15 points for the Volcanoes while Chris Lalata added 12 markers in a losing cause.

Ronjay Buenafe only had 10 points on a poor 3-of-12 shooting from the field.

The Tigers aim to end the series in Game 2 on Friday, Feb. 21, at the Batangas City Coliseum. (JNP)