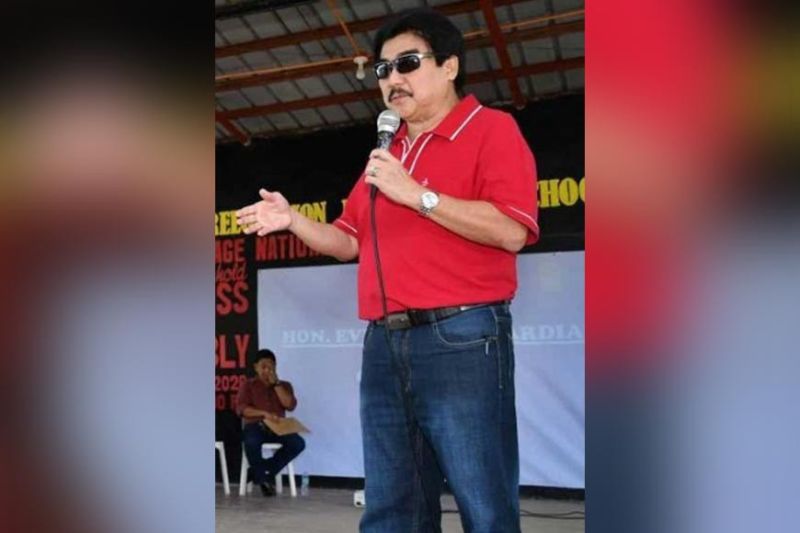 Leonardia said Monday, February 17, that he already talked with Binas and discussed what they can do more to solve the killing with the help of the City Government.

"We do not condone that (the killing) because it affects our peace and order. This incident should not happen again here," he said.

He said he also received feedback that some of the residents were alarmed by the incident.

The mayor pointed out that BCPO should conduct a hot pursuit operation to arrest the assailants and solve the killing.

On Saturday, February 15, Alcosaba, a resident of Barangay Mansilingan, bought food in a fast food chain on Circumferential Road around 4:50 p.m. He was about to start his car, which was parked in the area, when four unidentified assailants, who were wearing bonnets, fired at him several times.

He managed to open his car and tried to escape, but he fell on the ground and one of the gunmen chased him and shot him again in the head at close range.

The victim sustained multiple wounds and died on the spot. The gunmen fled using a white vehicle.

Police Lieutenant Colonel Ariel Pico, spokesperson of BCPO, said Monday that they are looking into Alcosaba's involvement in illegal drugs and personal grudges as possible motives in the killing.

He was one of the policemen who were included in the supplemental affidavit of the slain former drug bagman Ricky Serenio for allegedly receiving protection money from a drug group.

In 2017, Alcosaba was reassigned to Mindanao where he went on absent without official leave (Awol).

Pico said they are validating a report that Alcosaba was allegedly operating a car-for-rent business in Bacolod City.

He added that they are facing difficulty in identifying the perpetrators because they were wearing bonnets and the closed circuit television cameras (CCTV) in the area are non-operational.

"We are hopeful that our business establishments will install CCTV within their building to help on our investigations," he said.

He added the CCTVs are a big help to determine the identity of the perpetrators in crime incidents.

From January this year, about three persons were killed by unidentified gunmen in Bacolod City. All assailants are still at-large.

Leonardia said the BCPO should strengthen its investigation or create a task group to concentrate on the unsolved shooting incidents in the city.

"These incidents (shooting) were related on illegal drug war and the records on the drug war even in other places were executed by professionals (suspects) and it's hard to arrest them, they know when to strike so that they will not be arrested," Leonardia said.

He said those who engage in illegal drugs should stop it now for their own safety.

For his part, Vice Mayor El Cid Familiaran said this is a big challenge to the city's police to solve the killing incidents here.

"It's a blatant disrespect on the peace and order situation in the city because the previous killings here were done in secluded places or not crowded area, but the killing of Alcosaba was done in a public place. In broad daylight, they killed the victim," he said.

He said it is a big insult to the city's police that it happened in board daylight and the suspects fled.

Familiaran also reminded the business establishment owners to install CCTV camera to deter and immediately resolve crimes in the city.