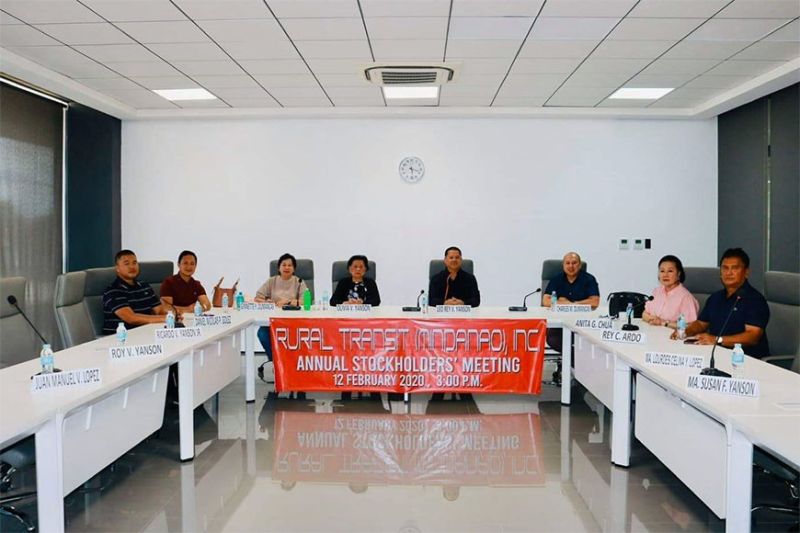 THE Rural Transit Mindanao Inc. (RTMI) has reelected its new chairman and president amid the ongoing legal battle between members of the Yanson family, owner of the largest bus transport company in the country.

Leo Rey Yanson, the youngest of the six Yanson siblings, was re-appointed as chairman and president of RTMI during the company's stockholders' meeting last Wednesday, February 12, at the RTMI principal office in Barangay Bulua, Cagayan de Oro City.

The elected directors and officers of RTMI will serve for one year or until their successors shall have been duly elected and qualified.

While the Leo Rey camp had its annual stockholders' meeting, the other camp, known as the Yanson 4 (Y4), comprising the siblings Roy, Emily, Ricardo Jr., and Ma. Lourdes Celina Yanson-Lopez, had also conducted a separate meeting.

The Leo Rey's side asserted that under the company's By-Laws, the Annual Stockholders' Meeting of the company should be held every in second Wednesday of February at its principal office.

"The Y4 should respect and trust the judicial system and refrain from rendering an opinion on matters that are already sub judice," said Leo Rey in a statement.

Last Wednesday's stockholders' meeting was presided over by its chairman and president Leo Rey Yanson, with Olivia Yanson as corporate secretary and treasurer.

The stockholders also ratified the acts of the board of directors led by Yanson.

Following the election of the directors, the board held an organizational meeting and re-appointed Leo Rey as chairman and president of the company and Olivia as treasurer and corporate secretary.

The RTMI is a Mindanao-based bus company owned by the Yanson Group of Bus Companies.