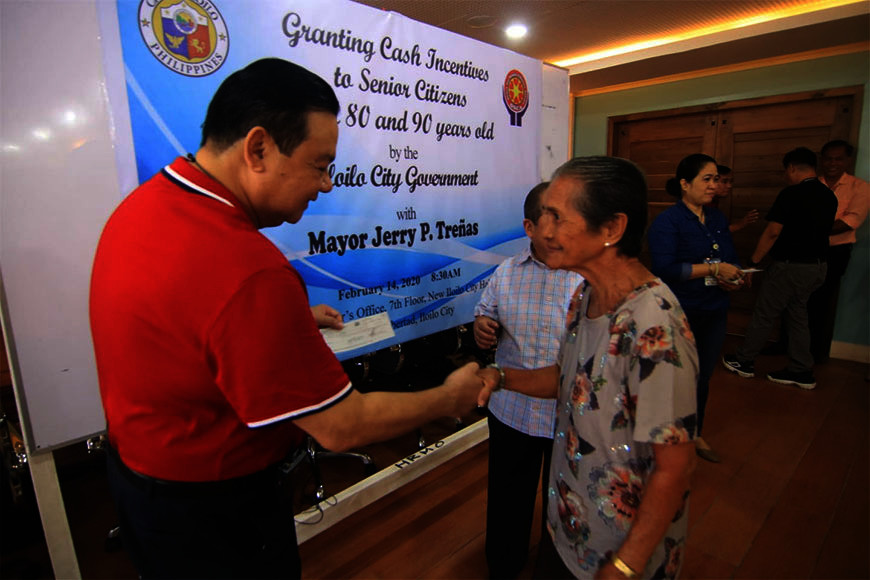 Beneficiaries Virginia B. Panaguiton of Barangay So-oc, Arevalo and Consolacion S. Banzuelo of Barangay Jalandoni, Lapuz, both 90, received P20,000 each.

The granting of incentives is provided under the amended Ilonggo Centenarian Ordinance to include senior citizens when they celebrate their 80th and 90th birthdays starting December 9, 2019 when the rule took effect. (PR)