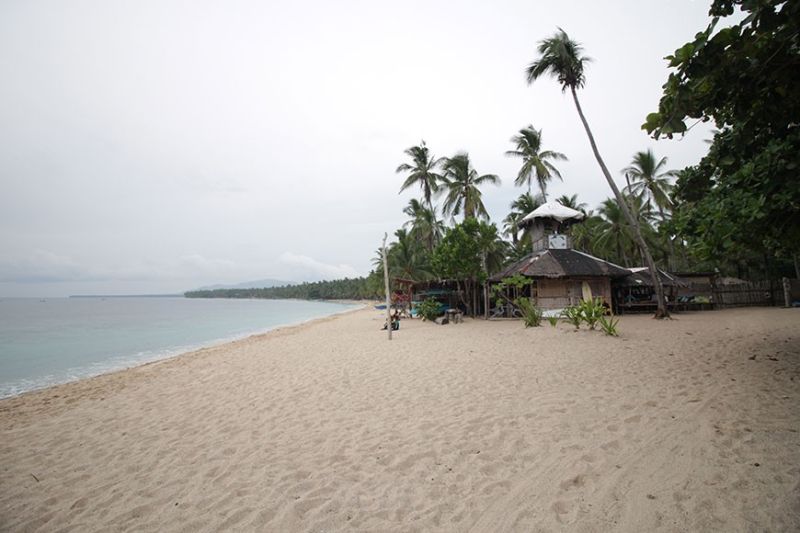 DAHICAN is a seven-kilometer stretch of white sand bliss facing the Pacific Ocean, Located in Barangay Dahican in Mati City it has been a popular destination for local and tourists.

But aside from human tourists, it was once a favorite destination for sea turtles who view the beach as a perfect area to lay their eggs.

Dahican is a blending of the bisayan phrase “naga Dahik ang Pawikan” or where sea turtles drag themselves to nest. This according surf instructor Winston Plaza, who oversees the famous local skimboarding group Amihan sa Dahican which was founded by Winston’s older brother Jun Plaza in 2000.

More than a skimboarding group, Amihan sa Dahican is a dedicated environmentalist group which aims to protect the pristine beach now threatened by influx of tourists and investors.

Mayo Bay which hugs the coastline is home to seven species of whales and five species of dolphins. It is also the home of dugong (sea cow) and the butanding or whale shark. The beach has four species of sea turtles; Olive Ridley, Green Sea, Hawksbill and Leatherback.

Amihan sa Dahican constantly patrols the 1.5 kilometer stretch of Dahican and with their two patrol boats they conduct shore patrol to deter illegal fishing. Their base along the beach, a 3,000 square meter leased property is a turtle nesting sanctuary.

Winston says that from 2000 when the group was founded they had released thousands of sea turtles and from 2017 he noticed a 70% decrease in turtles hatched.

He blames it on commercialization, as resorts have sprout with bright lighting facilities such as spotlights which is driving turtles away. Videoke and loud music parties are also the reasons for turtles shying away from the beach to nest.

However, another problem is threatening not just the sea turtles but their protectors as well. The 5,000 square meter of land where the Amihan Team is planned to be sold to potential buyers wanting a piece of this Pacific paradise.

According to Winston around three years ago the original owner of the land decided to sell the property since Amihan didn’t have the legal titles, one kind-hearted person helped the group by loaning a big amount from the bank to purchase the lot from the original owners.

The land title was eventually named to George Plaza, but the condition to the help was that the Amihan needed to sell the 3,000 square meter portion of the property and profits from the sale would be used to pay the loan in the bank.

“It has been three years but we cannot look for a potential buyer as it is pricey for those people we dealt with,” Winston narrates their problem.

The whole land is at stake as the person who loaned from the bank is already considering to sell the whole 5,000 square meter property.

“We fear that we might end up losing the whole land as the neighboring lands are already owned by private entities and we will no longer have a passage to the beach if this will happen,” Winston said.

There are some prospective buyers, one prospect wants the team to relocate to the Menzi property which according to Winston the DENR lease is nearing expiration.

Winston hopes that they can find a buyer for the property, which could ultimately save the group and also the turtles that nests around the beach. For those interested in helping Amihan sa Dahican you can contact Winston Plaza at 0926-2292086.