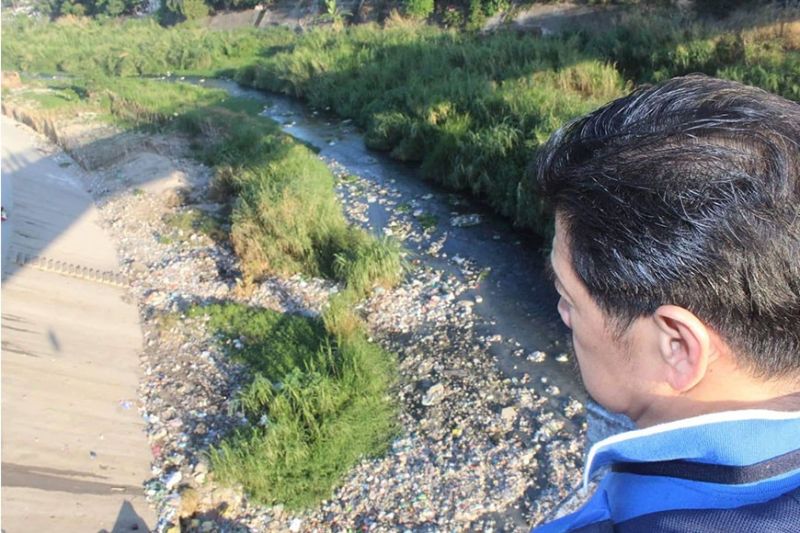 PAMPANGA. Department of the Interior and Local Government Undersecretary for Barangay Affairs Martin Diño looks with dismay at uncollected garbage under the Hensonville Bridge in Bangkal Barangay Malabanias, Angeles City during a surprise inspection on Friday, February 14, 2020. (Contributed photo)

According to Diño, he will not tolerate such “irresponsible” action since it is the sole duty of village officials to maintain cleanliness and strictly implement proper waste disposal in their respective communities.

Diño was dismayed upon witnessing the garbage in the river which was just near a residential area.

“This poor waste management will pose serious threats not just to the environment but also to public health. Open fields are not for repository of wastes. We even have our City Ordinance No. 431, series of 2017, as our regulation for solid waste management,” Lazatin added.

These concerned citizens said that it is “very alarming” and are seeking the help of the City Government.

Republic Act 9003, also known as the Ecological Solid Waste Management Act of 2000 Section 17 states that “the barangay shall be responsible for ensuring that a 100 percent collection efficiency from residential, commercial, industrial, and agricultural sources, where necessary within its area of coverage, is achieved.”

Local government officials and officials of government agencies concerned who fail to comply with and enforce rules and regulations promulgated relative to this Act shall be charged administratively in accordance with Republic Act 7160 or the Local Government Code and other existing laws. (PR)