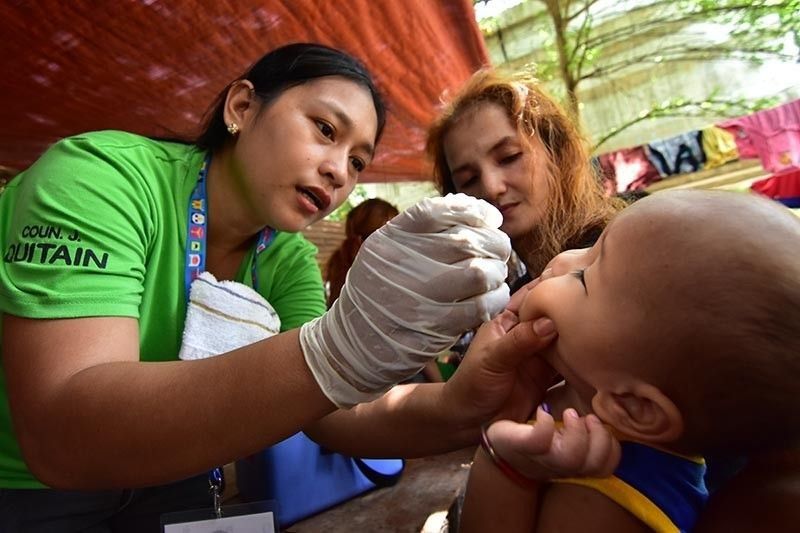 CHILDREN, ages five years old and below, living in Central Visayas who were unable to complete the three mandated polio shots will be subject to a Department of Health (DOH) “catch-up vaccination” campaign.

The move follows findings from the Research Institute for Tropical Medicine (RITM) that water samples from Butuanon River, Mandaue City, tested positive for the poliovirus.

“As of now, the priority will be Baranagy Tingub because the samples were taken there,” said Tirado.

Tirado also warned against eating food taken out of Butuanon River if there are any.

“We will ask the Mandaue City Health Office if they could run tests on the water of the deep well if it is not contaminated with the polio virus,” said Tarriman.

Tarriman confirmed there are still residents in Barangay Tabok who throw garbage into the river. Two eco wardens have now been assigned by Tarriman to patrol the area.

There are about 15 houses in the barangay located along Butuanon.

“There are also a lot of commercial companies that dispose waste water into the river,” said Tarriman.

In the Cebu City, barangays that fall within a five-kilometer radius from the river launched an information drive to prevent the spread of polio in their areas.

Bacayan Barangay Captain Zenaida Colina said they will make sure no one enters the river banks especially children playing in the area. Colina also appealed to residents not to throw trash into the river.

Talamban Barangay Captain Dario Arcilla also started to inspect houses near the river to determine if they disposed of their waste properly.

Polio, according to the World Health Organization (WHO), is a highly infectious viral disease that mainly affects children.

The virus is transmitted person-to-person and is spread mainly through the fecal-oral route. It can also spread through contaminated water or food. (KFD, JCT)