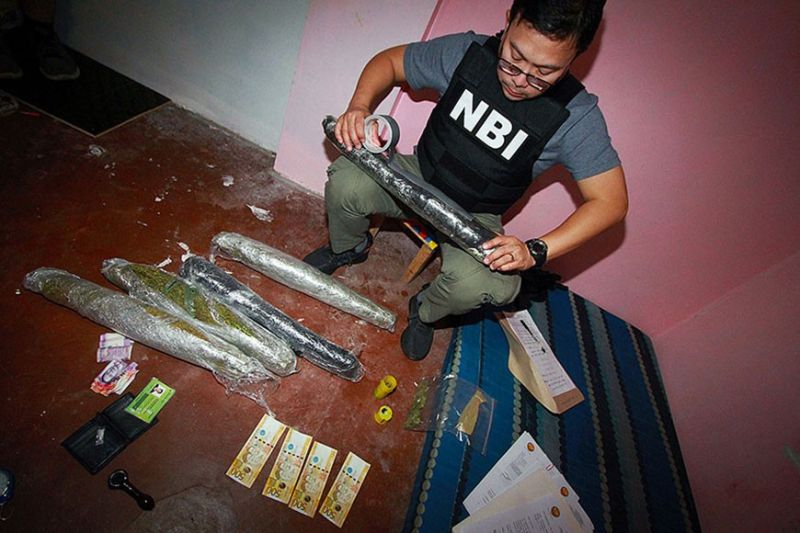 BAGUIO. NBI-Mimaropa in coordination with NBI-Baguio seize some five kilos marijuana worth P100,000 and a sachet of suspected “shabu” (methamphetamine hydrochloride) while the three suspects were arrested during the raid Monday evening in Barangay Pinsao, Baguio City. (Photo by JJ Landingin)

SOME P2.93 million worth of marijuana plants were uprooted in separate operations in La Trinidad and Sablan, Benguet by police Monday, February 17.

Authorities reported there were 10,300 marijuana plants that were destroyed in Sablan amounting to P2,380,000.

“It appears La Trinidad is a new area of plantation, however there were first batch of harvest made. Let us reassess the present drug situation in the province of Benguet, because they shifted their modus. From far flung places, they have brought marijuana in the capital town on the prefix that because the capital town of La Trinidad is much near. Nobody expected that there is plantation in La Trinidad,” Paderes said.

Paderes said as of this writing, they are still conducting investigation on the identity of the cultivator while La Trinidad and Sablan MPS will also conduct its own parallel investigation.

To date, he noted there are five villages in the province considered as drug affected, two each in La Trinidad and Kibungan and one in Buguias.