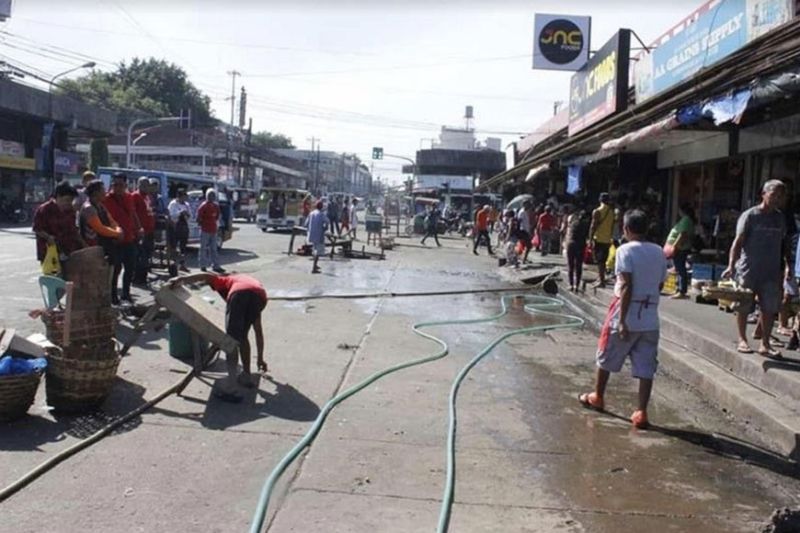 BACOLOD City Mayor Evelio Leonardia warned the village officials to submit a correct report on road clearing operations within their areas of jurisdiction.

This, after the Department of the Interior and Local Government (DILG) directed all the local government units (LGUs) to continue the implementation of the road clearing directive and to ensure that their efforts to maintain cleared roads are sustained.

Leonardia said this is the second round of road clearing operations and all the barangays were required to submit their accomplishments on the demolition of illegal structures in their barangays.

“They barangay (village) officials should sustain the cleared roads in their barangays and they are obliged to submit reports so it should be truthful because there’s also a validation team to validate their reports,” he said.

He added that DILG assistant secretary Manuel Felix earlier inspected the situation of the barangays in Bacolod.

The mayor noted they are anticipating that Felix will also send his official observation of the city.

DILG Memorandum Circular 2020-027 stated that the road clearing will now include the local and tertiary roads.

The mayors were also tasked to monitor compliance of the barangays in road clearing efforts.

The LGUs were given 75 days to finish the second round of road clearing operations.

In 2019, DILG has given Bacolod an 87 percent on its accomplishment on road clearing operations.

Leonardia said that about 94.07 percent of all the 11, 799 illegal structures in Bacolod have been demolished.

29 out of the 61 barangays have submitted reports that they were able to demolish 100 percent of the illegal structures within their areas of jurisdiction.

Leonardia said that in 2019, the concentration was in the main thoroughfares and now it also includes the secondary roads.

“We will follow the DILG’s directive and those who are not doing their job will also be sanctioned,” he said.

He added that during his meeting with DILG Undersecretary Martin Dino, he was reminded to report the erring barangay officials so that they will be fined or sanctioned.

The demolition of illegal structures is pursuant to DILG Memorandum Circular 2019-121 directing the local government officials, from the mayors down to barangay captains, to implement the clearing of roads.