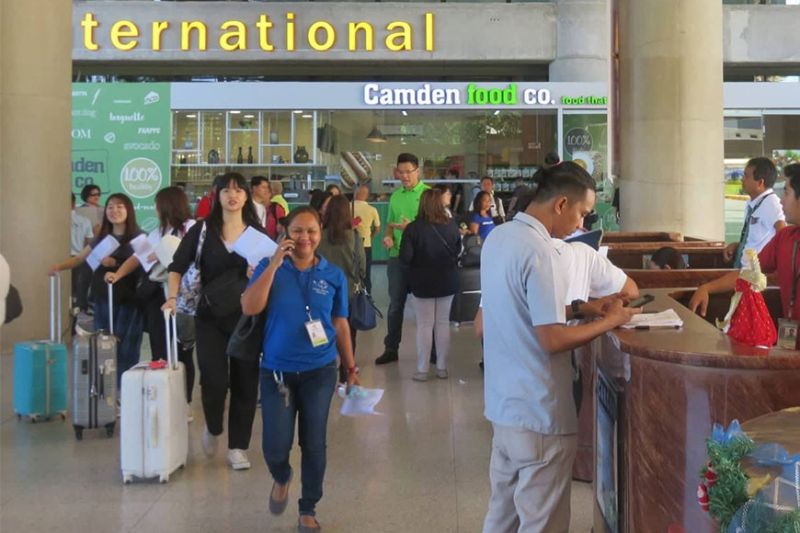 THE Department of Labor and Employment (Dole)-Central Visayas urged overseas Filipinos workers (OFWs) working in Hong Kong and Macau to attend pre-departure orientation seminars after the government exempted them from the travel ban.

Department of Foreign Affairs (DFA) Undersecretary Brigido Dulay, in a Twitter post on Tuesday, February 18, 2020, said the Inter-Agency Task Force for the Management of Emerging Infectious Disease lifted the travel ban for OFWs returning to work in the two Chinese regions.

Hong Kong and Macau are both special administrative regions of China. They were included in the travel ban imposed by the task force as a preventive measure against the new coronavirus, an infectious pathogen that causes the respiratory disease Covid-19.

“OFWs have to make sure to attend and listen and understand the Pre-Departure Orientation Seminars to be provided by the Overseas Workers Welfare Administration and the Philippine Overseas Employment Administration especially regarding the safety in the face of this Coronavirus Disease-2019 (Covid-19) scare,” Siaton Salome, Dole-Central Visayas director, said in a text message to SunStar Cebu on Tuesday, February 18.

Steve Dicdican, general manager of the Mactan-Cebu International Airport Authority, said their operations involving flights to Macau and Hong Kong will remain restricted until the ban is fully lifted.

“As far as I’m aware, it’s only a partial lifting of the ban to allow OFWs working in Hong Kong and Macau to travel back to these destinations. Until the ban is completely lifted, our operations to these destinations will continue to be restricted,” Dicdican said in a text message to SunStar Cebu.

Initially, only Filipinos and holders of permanent resident visas traveling from China, Macau, and Hong Kong were allowed entry into the Philippines. In the recent IATF-EID resolution, Filipinos and their foreign spouses or children, and holders of diplomatic visas will now be allowed entry into the country subject to the required 14-day quarantine.

At the Mactan-Cebu International Airport (MCIA), the number of Filipinos traveling from Hong Kong to Cebu dropped this week, according to the Bureau of Quarantine (BOQ).

BOQ Cebu chief Terence Anthony Bermejo said only four Filipinos from Hong Kong arrived at the MCIA on Monday, Feb. 17, while four others arrived at the airport at 3 p.m. on Tuesday.

DOH-Central Visayas director Jaime Bernadas earlier said arriving passengers who are non-residents of Cebu can go back to their hometowns as long as arrangements were made between the region’s Regional Epidemiology and Surveillance Unit and their respective local government units.

As of 10 a.m. Tuesday, Feb. 18, no confirmed Covid-19 patient was confined anywhere in the Philippines although the DOH continued to monitor a total of 524 cases.

Of the number, 387 were discharged from medical facilities but are still being monitored by DOH, while 137 persons under investigation (PUIs) remained in isolation in various hospitals.

In Central Visayas, the DOH 7 reported that as of Tuesday, 52 of the region’s 54 PUIs had been released from hospitals but were still being monitored while the two others remained in hospitals for treatment of flu-like symptoms.

Those considered PUIs are persons who recently traveled to mainland China and its special administrative regions, Hong Kong and Macau and showed signs of the Covid-19 and those who had contact with persons found positive for the 2019 novel coronavirus (2019 n-CoV) and also showed symptoms of the disease. (WBS, SunStar Philippines)