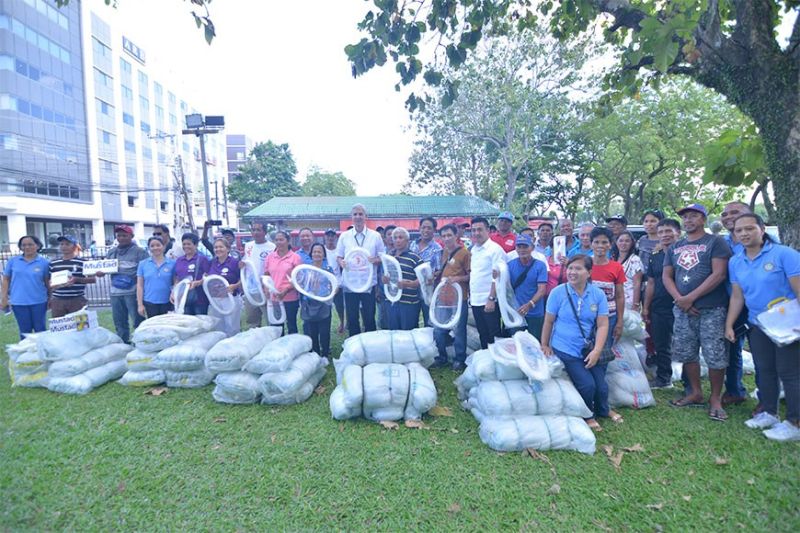 BACOLOD. Governor Eugenio Jose Lacson and Third District Board Member Andrew Montelibano with the recipient-fisherfolk associations during the turnover of livelihood projects worth almost P2.3 million at the Provincial Capitol Ground in Bacolod City on Tuesday, February 18, 2020. (Contributed photo)

VARIOUS fisherfolk associations from different cities and municipalities in Negros Occidental have received almost P2.3 million worth of projects from the Provincial Government.

The project turnover was led by Governor Eugenio Jose Lacson and Third District Board Member Andrew Montelibano, chairman of the Sangguniang Panlalawigan Committee on Agriculture, at the Provincial Capitol Grounds in Bacolod City on Tuesday, February 18.

The project amounting to P899,601 will benefit a total of 654 beneficiaries.

These projects were facilitated by the Office of the Provincial Agriculturist(OPA), which will also conduct the monitoring. (PR)