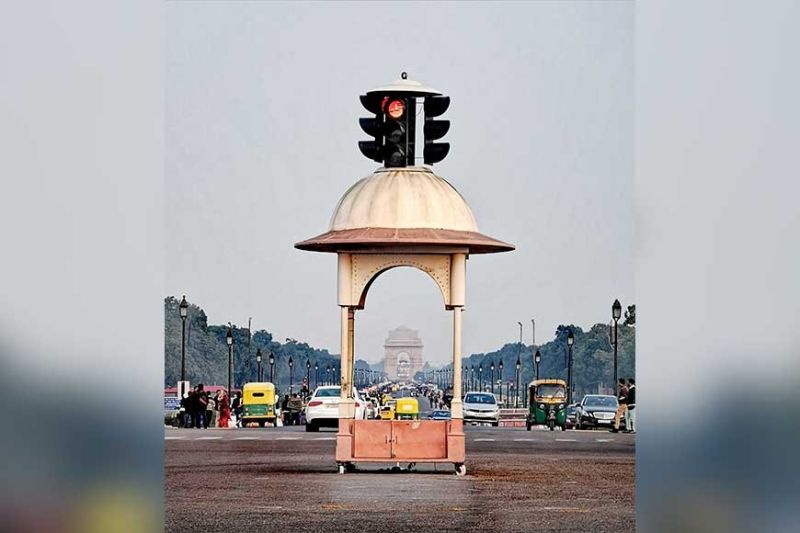 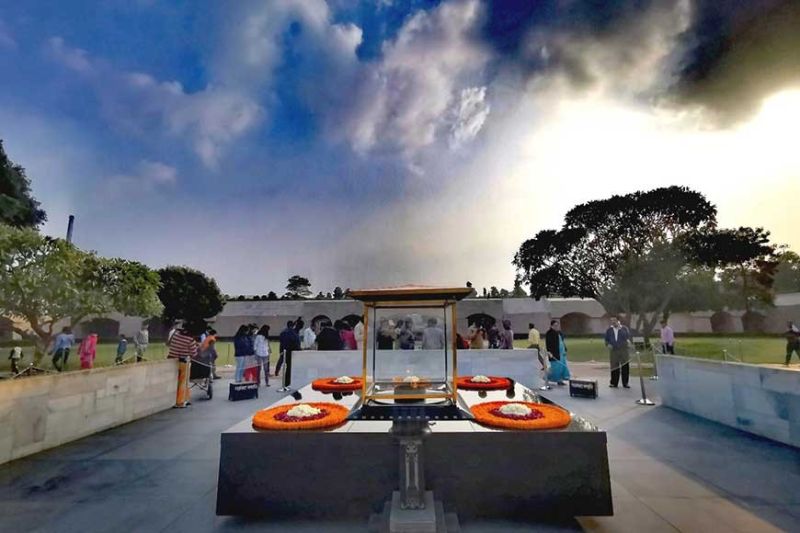 Marble platform where Gandhi was cremated at the Raj Ghat. (Photo by Grace M. Avanzado) 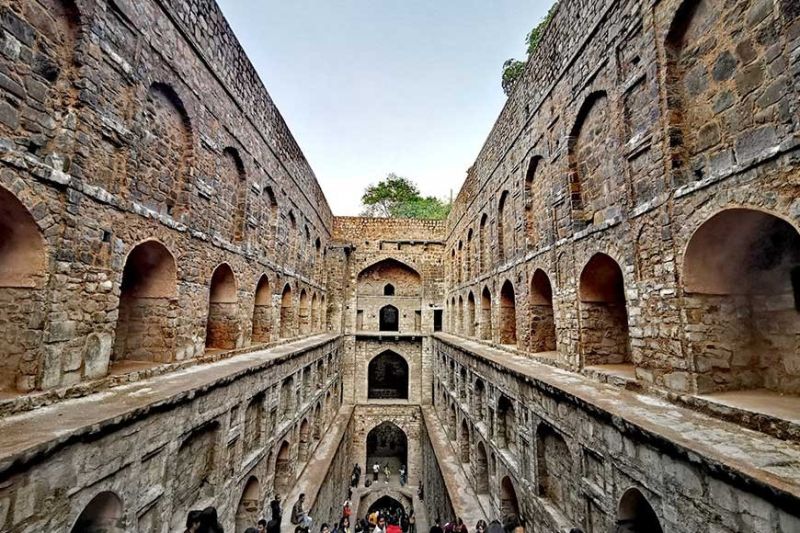 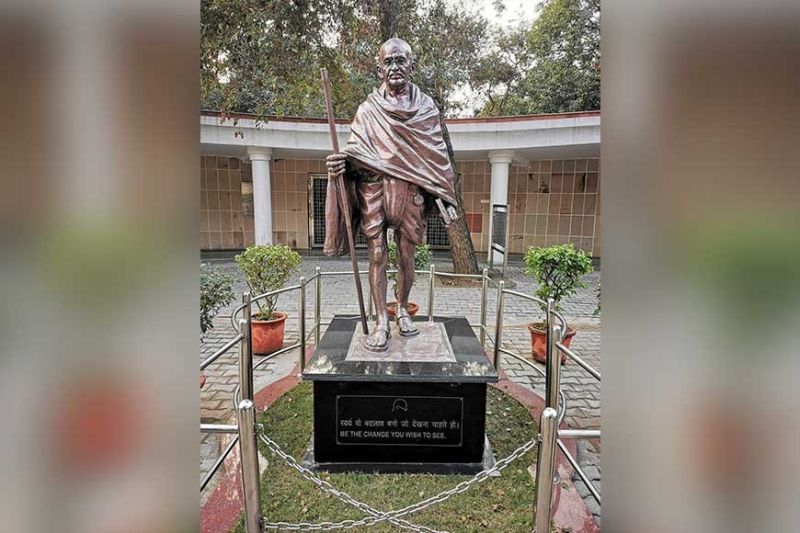 Raj Ghat memorial park dedicated to Mahatma Gandhi. One must be barefoot inside the memorial. (Photo by Grace M. Avanzado) 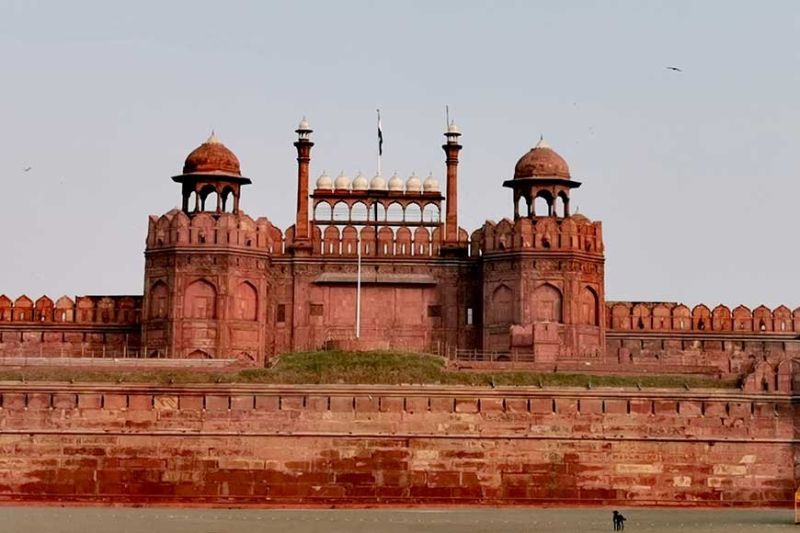 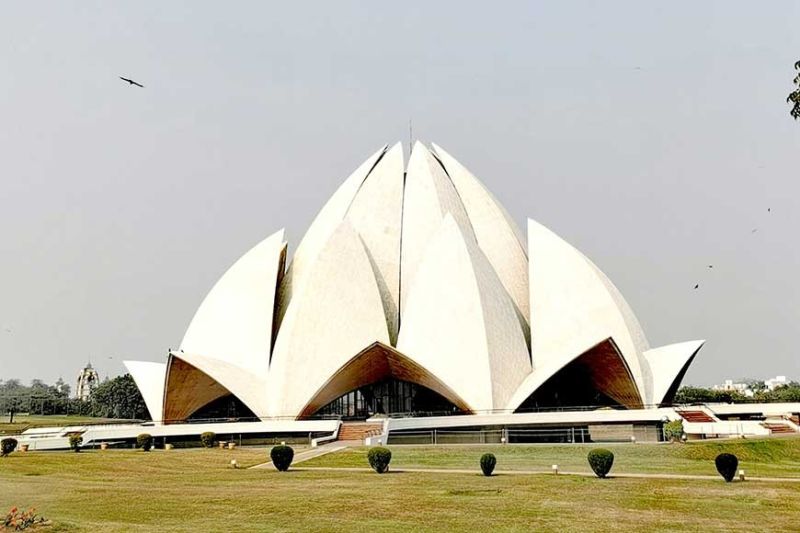 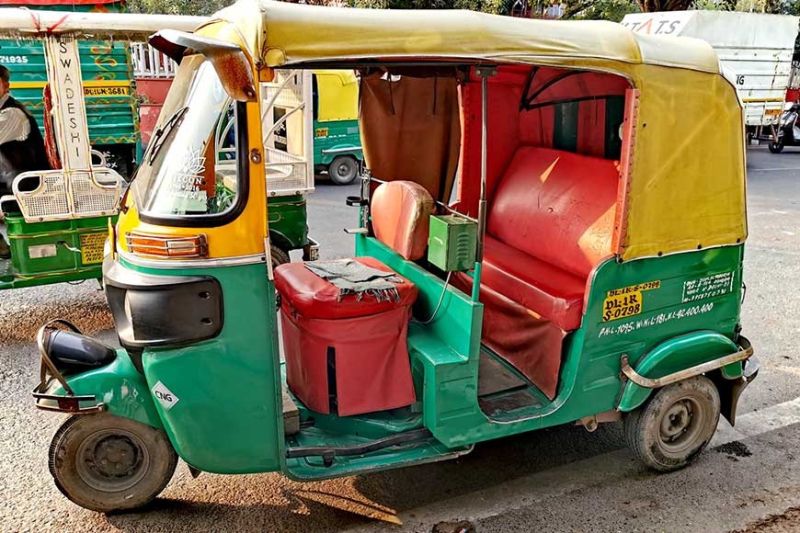 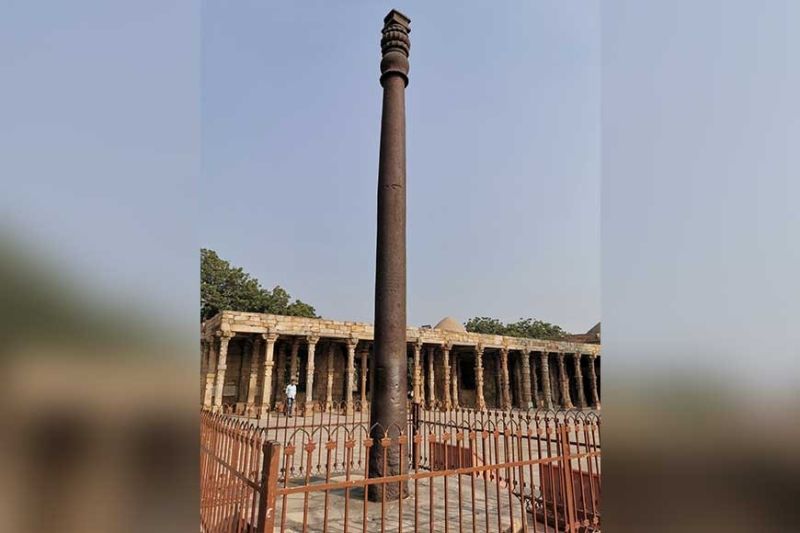 AS WE were getting ready to land in New Delhi’s Indira Gandhi International Airport, the pilot makes an announcement - casually mentioning that because of pollution levels, the visibility level of the city was quite low.

I shake my head and look at my husband beside me, who was well aware that I was not exactly looking forward to visiting India, but was tempted by the prospect of its Golden Triangle being a Unesco World Heritage Site hotspot. That was his bait, and it got me hooked, and now that we were almost there, the feeling that I was walking into unknown territory swept over me.

I handled the arrangements for this trip by coordinating closely with Delhi-based Amit Narang because of two important reasons: his company had good reviews and he was very flexible, allowing me to set our pace so we could easily adjust our schedule thereby maximizing our time. We exited the airport and saw an impeccably dressed Mr. Tilak waiting for us; he was to be our driver for the next five days.

The Golden Triangle is the triangular shape on the map of India formed by the location of these three major cities: Delhi, Agra and Jaipur. Delhi and New Delhi are two different places with New Delhi serving as this nation’s capital; the urban district that seats the three arms of government. Designed by British architect Edwin Lutyens, it is also often called Lutyen’s Delhi and is part of the bigger territory of Delhi. The original name of Delhi was Shahjahanabad because it was founded by Emperor Shah Jahan in 1649. By 1911, the capital of India was moved from Calcutta to Delhi.

We drove around the city to see the historic India Gate, the elegant Embassy Row, the famous Lotus Temple and stopped at the Raj Ghat - a memorial park where a black marble platform marks the spot where Mahatma Gandhi was cremated before his ashes were scattered in the Holy Rivers of this region. We spent time walking around the Parliament Compound, took lots of photos and proceeded to the most “haunted” place in Delhi – the Agrasen Ki Baoli – a step well built in the 14th century and restored recently. Frequently featured in Bollywood movies, it makes quite an interesting impression made more so by tales of ghosts, demons, suicides and curses. Amidst visible pollution everywhere, we still managed to enjoy most of the city’s important landmarks mask-free and survived our first full day of being amidst the sea of non- stop honking horns in their chaotic streets that make Cebu traffic seem so tame.

Three Unesco World Heritage Sites, inscribed in different years, can be found in Delhi. The first one we visited was Qutub Minar and its monuments.

The Qutub Minar is the tallest minaret in the world and is named after Qutb-Ud-Din Aibak, a Sufi Saint. It is about 240 feet tall with a base 47 feet in diameter and is made up of five tapering stories. The first three stories are made of pale red sandstone, the fourth of plain marble and the fifth of marble and sandstone. Inside there is a staircase leading up to the top made up of 379 steps. Construction for this minaret started in 1199 and through the years, additional levels were added by different rulers until its current complete state. Upon closer examination, one can see Quranic text and intricate carvings in its stones. After 45 people died in a stampede in 1981, public access to the top of this structure has been denied. The other monuments in this complex that I found quite interesting were marble Tomb of Iltutmish (a former slave who went on to become the first Muslim sovereign to rule Delhi) and the famous Iron Pillar – a seven-meter column that has resisted rust for more than 2000 years. There are also beautiful gateways, arches, intricately-carved pillars from temple ruins, other tombs and mosques that will make your visit truly worth it.

Humayun was a Mughal Emperor and when he died, his wife Hamida Banu Begum had his tomb built in this style that became known as the first Garden Tomb in the Indian subcontinent. It was finished in 1572 after seven years of construction and its eight side chambers symbolize the Islamic concept of paradise. My first impression of this very elegant and colorful structure was that it looked vaguely familiar and our guide Nitin told us that this was the inspiration for the Taj Mahal which was built 85 years later. There are more than a hundred graves in this entire complex amidst beautiful gardens.

Our third Unesco World Heitage Site in Delhi was the Red Fort Complex.

I will be perfectly honest and say that we attempted to visit this place twice yet never made it inside. The first time, it was closed so we decided to take photos of the gate and circle around the walls that are visible from outside. This after taking a very thrilling rickshaw ride through main street Chandiri Chowk from the parking area. Our second attempt was too risky because it was a Sunday, and hordes of Muslims were heading to the Great Mosque across the street. We surmised that even if we successfully weaved through the crowd, there would be no way we could get out easily to make it in time for our flight home.

So we had to be content with one photo of its main gate – the Lahori Gate – and much to my relief, if we had to take only one photo, this was it. Every year on India’s Independence Day celebrated on Aug. 15, the Prime Minister hoists the Indian flag here and delivers a nationally-broadcasted speech.

The Red Fort used to be white, but the British painted it red to preserve the limestone. It took almost 10 years to build in Indo-Islamic style and its main purpose was to serve as the official quarters of Shah Jahan when he made the decision to shift the capital from Agra to Delhi in 1638. This whole complex is 256 acres in size and was built in octagonal shape.