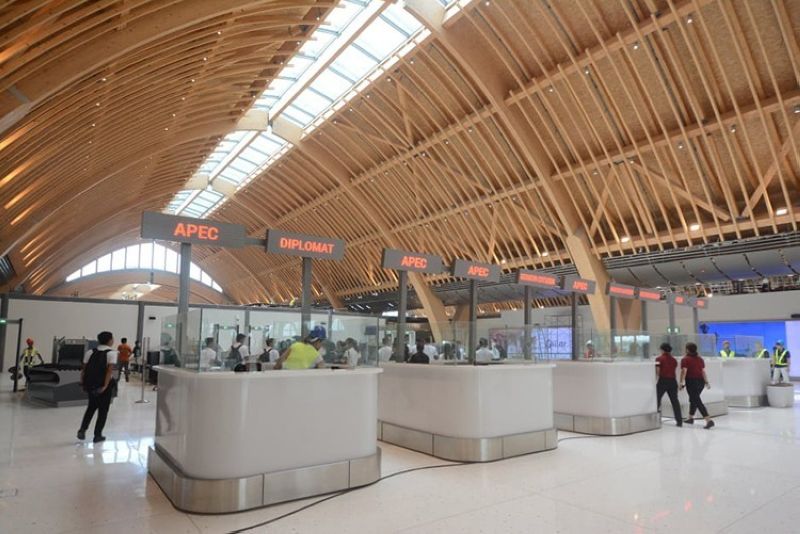 THE Mactan-Cebu International Airport (MCIA) has seen an average drop of 2,000 arriving international passengers daily as the travel sector continues to reel from effects of the coronavirus disease 2019 (Covid-19) on international tourism.

Harrison said the resumption of normal air travel interest remained uncertain as even Europeans were avoiding travel to Asia due to the Covid-19 epidemic in China.

To manage the economic fallout caused by the coronavirus scare, tourism stakeholders have been urged to encourage travel and spending among local tourists through airline seat sales and packaged promotional vacations, among others.

The Department of Tourism (DOT) has been coordinating with airlines, hotels, resorts and other tourism stakeholders to come up with measures to “arrest and cushion” the slowdown in tourist arrivals.

PAL is offering promo fares for its domestic routes this weekend to attract passengers.

Josen Perez de Tagle, PAL vice president for corporate communications, said the company lost about 10 percent of its network due to travel restrictions to China and its Special Admistrative Regions, Hong Kong and Macau, to contain the spread of the virus.

“But we remain optimistic we will overcome this crisis,” de Tagle said on the significant economic losses from the plunging international arrivals.

Meanwhile, Cebu Pacific (Cebpac) has reduced its year-round fares in over 70 domestic destinations in support of government initiatives to spur domestic tourism.

This is on top of promotional seat sales for key destinations the carrier has been running since late January, Cebpac said in a press release.

“Starting Feb. 19, year-round low fares of Cebu Pacific will sell for as low as P88 (base fare)—even for travel within the next few days. Routes with reduced fares include those originating from Manila, Cebu, Cagayan de Oro (Laguindingan), Davao, Iloilo and Zamboanga,” read part of the statement.

Cebpac also ramped up capacity across key domestic routes by an average of 44 percent.

Seats were increased across flights between Manila, Cagayan de Oro, Davao, Cebu, Puerto Princesa, Iloilo and Bacolod; as well as between Cebu, Cagayan de Oro, Bacolod and Iloilo. These will be implemented either by an upgrade to larger-capacity aircraft or additional flights.

“We are one with the government and fellow tourism stakeholders during this challenging time. Through this increase in the supply of seats and fare reductions across our domestic route network, we hope to encourage Philippine residents to travel and explore the country,” said Candice Iyog, Cebpac vice president for marketing and customer experience.

A pilgrimage tour on Holy Week will kick off the tourism sector’s year-long program to recover losses from foreign tourist arrivals.

“Last year, we pledged to boost the programs for domestic tourism, and with the Covid-19 outbreak we intend to double our efforts more,” Tamano said.

He cited Turkey and Israel as among destinations that were successful in hosting pilgrimage tours.

“We will come up with a strong campaign this summer season (April to May) through a pilgrimage tour this Holy Week. But we will have to ask the support of the Catholic Bishops’ Conference of the Philippines through the Archdiocese of Cebu,” Tamano added during a discussion with members of the European Chamber of Commerce in the Philippines-Cebu Thursday, Feb. 20, 2020.

Tamano said they will highlight the centuries-old churches in Cebu as part of the pilgrimage tour.

This planned activity also coincides with the industry’s preparation for the 500th year celebration of Christianity in the Philippines, where Cebu plays a critical role, in 2021.

The DOT is also launching the first-ever nationwide “Philippine Shopping Festival” to showcase the country as a prime retail destination in terms of unique finds, diversity of brands and shopping experience. (KOC, CSL with PR)